ISIL rebels seize airbase ahead of US deployment

Rebels surrounded the massive air base, which was known as "Camp Anaconda" under U.S. occupation, and struck it with mortars. Eyewitnesses said the air base had been surrounded on three sides. 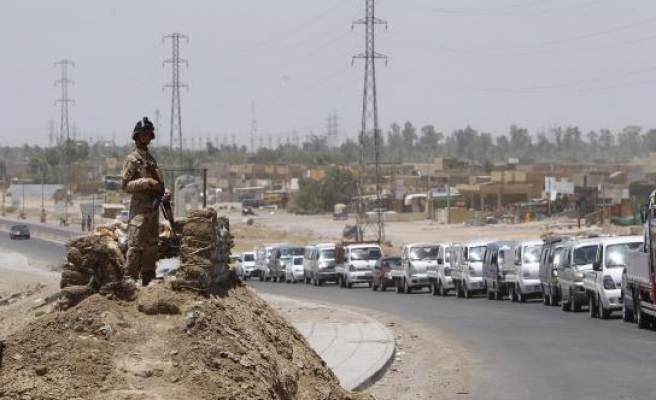 Rebels loyal to the Islamic State in Iraq and the Levant (ISIL) attacked one of Iraq's largest air bases and seized control of several small oilfields on Wednesday as U.S. military experts arrived to set up an operations centre to help Iraqi security forces counter a mounting rebellion.

Rebels surrounded the massive air base, which was known as "Camp Anaconda" under U.S. occupation, and struck it with mortars. Eyewitnesses said the air base had been surrounded on three sides.

Meanwhile, about 130 American advisers sent by U.S. President Barack Obama have now been deployed, with their number set to rise to 300.

On Wednesday, rebels overran the Ajeel oil site, 30 km (19 miles) east of Tikrit, which contains at least three small oilfields that produce 28,000 barrels per day, an engineer working at the field said.

The engineer said local tribes had taken responsibility for protecting the fields after police withdrew but that they also left after the nearby town of al-Alam was seized by rebels.

Ajeel is connected to two pipelines, one running to Turkey's Ceyhan port and the other to the Baiji oil refinery, which remained a frontline early on Wednesday.

State TV showed troop reinforcements flying into the compound by helicopter to fend off the assault on Baiji, a strategic industrial complex 200 km north of Baghdad.

Local tribal leaders said they were negotiating with both the Shi'ite-led government and Sunni fighters to allow the tribes to run the plant if Iraqi forces withdraw. One government official said Baghdad wanted the tribes to break with ISIL and other Sunni armed factions, and help defend the compound.

The plant has been fought over since last Wednesday, with sudden reversals for both sides and no clear winner so far.