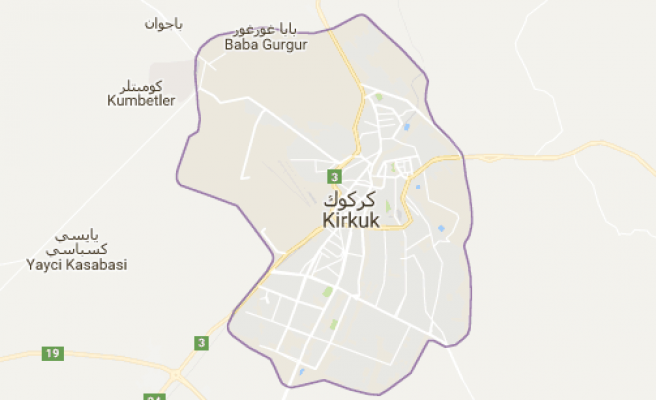 An attack was launched Monday on a Turkmen party building in Iraq`s Kirkuk, an Iraqi Turkmen leader said.

"A group of armed Kurdish Peshmerga carried out an attack while passing by the Turkmen National Movement Party’s office. When the Turkmen security guards in the party building responded, a conflict broke out and continued for a while," Salihi said.

Salihi said the situation in Kirkuk is "critical".

Turkmen National Movement Party Deputy Abbas Beyatli said one attacker who spoke Kurdish was killed and two others were wounded.

"We strongly condemn this attack," Beyatli said, adding that these kinds of actions are aimed at setting people against each other in Kirkuk.

Kirkuk Police Directorate Press Officer Afrasyan Kamal said a curfew was imposed to "prevent tensions from escalating after evening hours”. Kemal did not say how long it would last.

The ethnically-diverse city of Kirkuk remains a subject of dispute between northern Iraq’s semi-autonomous Kurdish Regional Government and Iraq’s central government in Baghdad.

A non-binding referendum in which residents of the Kurdish region will vote on whether or not to formally secede from the Iraqi state is currently slated for Sept. 25.

Baghdad, however, rejects the planned poll, saying it could adversely affect the region’s ongoing fight against the Daesh terrorist group.

The Iraqi government also claims the poll would violate Iraq’s 2005 constitution and would be “of no political or economic benefit to the region’s Kurds”.