Kirkuk mayor may be Iraq's next president

Najmaddin Kareem gained 59% of the votes from the ethnically mixed city of Kirkuk. 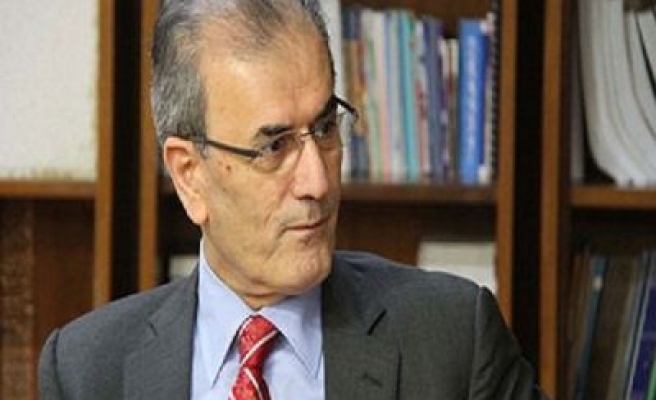 As Iraqi president Jalal Talabani remains in Germany for almost two years where he is receiving vital therapy, the results of Iraq's April 30 parliamentary elections has suggested that a popular statesman from Kirkuk could soon be taking over the post.

Kirkuk Mayor Najmaddin Kareem, who successfully gained the support of many walks of life in Iraq during his election campaign, revealed that he could be put forward to take over the country's presidency, which according to 2003 agreements is a position reserved for ethnic Kurds.

In the absence of President Talabani, Prime Minister Nouri al-Maliki has been tasked with finding a suitable replacement that can balance the power between the nation's various groups including Shiites, Sunnnis, Kurds and Turkmen.

The road now looks open for Kareem to fill that void, after he gained 59% of the votes from the ethnically mixed city of Kirkuk.

Kareem, who once worked as President Talabani's private doctor, also has a son who studies in the U.S. and is married to a Turkish citizen from the mainly Arab and Kurdish south-eastern city of Mardin.

Talabani's tenure will expire in June. The 81-year-old cannot seek a third term in office, as he has already served out two four-year terms.

The State of Law Coalition, led by incumbent Prime Minister Nouri al-Maliki, said on Monday that there was no article in Iraq's constitution stipulating that the president of the country must be a Kurd.

"There's no article in the constitution saying that any of the country's leading positions must go to particular segments of society," Mohamed al-Sayhoud, former MP and leading coalition figure, told Anadolu Agency.

In a Sunday statement, the Kurdistan Regional Government asserted that the Iraqi presidency was the preserve of the country's Kurds, adding that it would do its best to secure the office for the Kurdish people.

According to al-Sayhoud, who believes the post-invasion power-sharing system produced "many negatives," Iraq will enjoy a "new political reality" once the results of parliamentary polls – conducted last week – are announced.