Kurdish Regional Government (KRG) envoy Bayan Sami Abdul Rahman has played down the significance of Israeli advocacy of independence for her people, saying it may be intended to served Israel's interests. 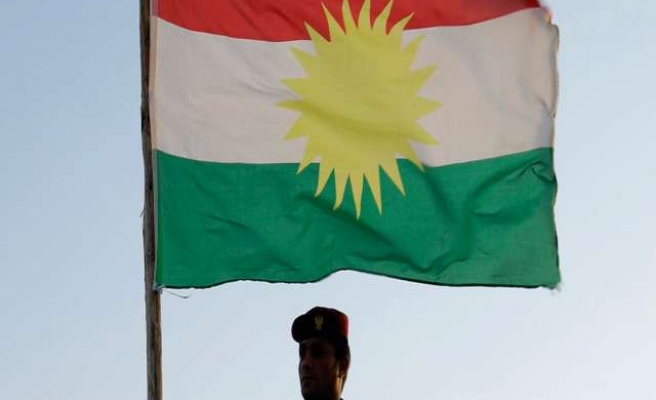 A Kurdish diplomat has played down the significance of Israeli advocacy of independence for her people, saying it was not coordinated with the autonomous Kurdish government in Iraq and may be intended to serve Israel's interests.

While acknowledging that Israel had sway in Washington, which wants to prevent a break-up of sectarian war-torn Iraq, Kurdish Regional Government (KRG) envoy Bayan Sami Abdul Rahman suggested this was potentially counter-balanced by the hostility that perceived Israeli allies risked drawing in the Middle East.

"Israel has its friends and its enemies, so it can work both ways," she told Reuters in a telephone interview from London, where she is based. "We are not coordinating with Israel. We are not responsible for statements made by other governments."

Israeli experts saw in the Netanyahu government's advocacy an attempt to build on discreet military, intelligence and business ties with the Kurds dating back to the 1960s in the face of shared Arab adversaries.

However, Abdul Rahman said such cooperation was in the past.

Abdul Rahman said the KRG's foreign policy was that of Iraq, which remains technically at war with Israel. "Since the Iraqi government does not have relations with Israel, neither do we," she added.

Yuval Steinitz, Israel's strategic affairs and intelligence minister, said on Friday he knew of no communication between his government and the KRG about prospective Kurdish independence.

Speaking to Reuters after returning from talks in Washington this week, Steinitz said Israel had no intention of challenging U.S. policy in Iraq - though he doubted that it would succeed.

"We very much appreciate the American efforts, but the Iraqi situation is incomparably difficult and complex, even for the global power. Not every problem has a magic solution," he said.

She would not be drawn on why Israel might be publicly differing with the United States on policy toward Iraqi Kurds.

"Generally speaking, governments and political leaders put the interests of their own country first. These are statements that Israeli leaders are making without any input from us," Abdul Rahman said.

Apparently moving to dispel any impression of pro-Kurdish lobbying by Israel, Foreign Minister Avigdor Lieberman on Monday said Israel was not taking sides or "giving advice" on Iraq.

The Obama administration has not directly addressed Israel's statements about Iraqi Kurdish independence. A U.S. diplomat in the region, speaking to Reuters on condition of anonymity, said Israel's position on the Kurds seemed to stem from it seeing them as a rare "pocket of stability" among menacing neighbours.

The KRG has seized on the Iraqi chaos to expand into oil-rich new territory but remains wary of declaring independence, fearful about possible backlash for fellow Kurds in Iran, Turkey and Syria among other concerns.

"Ultimately it is not even up to the Kurdish leadership if we go independent. It is up to the Kurdish people," Abdul Rahman said, noting the call for a referendum on the matter by Masoud Barzani, president of Iraqi Kurdistan.

"Of course we would want the world to welcome an independent Kurdistan, but we are realistic and know that for some it will be difficult to accept at first," she said. "However, there are many who are sympathetic to the idea of independence."