Ain Zalah's oil wells produce some 20,000 barrels of oil per day, an important source of revenue for ISIL 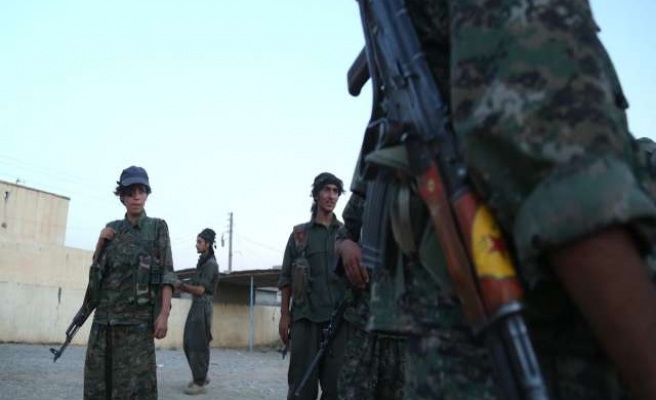 "All the oil fields are in control of the peshmerga (Kurdish forces)," said Ferik Jamal, after taking the town back from IS militants who reportedly set three oil wells ablaze while retreating from the town.

Jamal said the peshmerga's next goal was to advance towards an IS-held strategic town, Zumar.

The latest blow against the IS, which aims to establish a state in Syria and Iraq territories, means a decline in their oil revenue, which is one of its major incomes. The oil wells reportedly produce some 20,000 barrels a day.

The IS gains a daily revenue of $3 million from oil, according to an expert from the London-based Institute for Near East and Gulf Military Analysis.

The ISIL has captured swathes of territory in both countries, and moved against the Kurdish forces in northern Iraq as near as 40 kilometers to the Kurdish capital, Irbil.

The IS-led chaos displaced an estimated 1.2 million Iraqis from their homes, as it has been targeting mainly Shia Muslims, Turkmen, Ezidis, and Christians in the region.

Kurdish forces has regained some of the lost territory after U.S. airstrikes over IS positions near Mosul, including the Mosul Dam.

Meanwhile, a car bomb killed 12 people on Saturday and injured 35 in Baghdad after it exploded near a checkpoint, according to security officials. No one claimed responsibility for the attack.