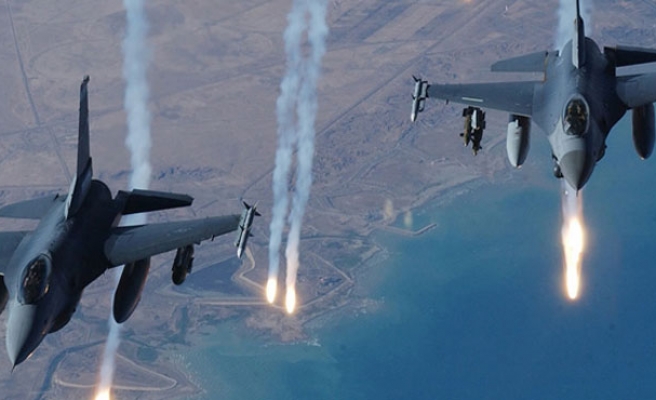 A 12-year-old girl has been killed and eight other civilians wounded in an Iraqi airstrike on a Kurdish-held town in Iraq's northern province of Salahuddin, a Kurdish security forces official said.

Jabbar Yawar, secretary general of the Kurdish peshmerga fighters, told Reuters the strike occurred on Sunday when military planes and helicopters targeted "a group of civilian residential buildings in the heart" of the town of Tuz Khurmato.

Iraqi government forces are battling insurgents led by the Islamic State in the area.

The Shi'ite-led government in Baghdad said it would "clarify" the details of the incident at a briefing on Monday.

The insurgents' rapid seizure of large swathes of northern and western Iraq over the past month has stirred international alarm over the possible disintegration of Iraq.

The Kurds, who run their own autonomous region in northern Iraq, have taken advantage of the chaos to expand their territory by as much as 40 percent, including the oilfields and city of Kirkuk, which they claim as their national capital.

Tuz Khurmato, which lies 88 km (55 miles) south of Kirkuk, was also seized by the peshmerga last month after Iraq's army withdrew before the insurgents' offensive. The insurgents have since clashed with the peshmerga and Turkmen militia in the area around Tuz Khurmato.

The overall security situation across Iraq remains very tense. On Sunday night, five people were killed and 16 wounded in a bomb blast at a cafe in the Washash district of northwestern Baghdad, police and medics said.