A State Department official said there was no intent to deny Kurdish fighters heavy weapons, and that there was a new effort to provide mortars, rounds for Soviet-made T-62 tanks the Kurds commandeered in 2003 from Saddam Hussein’s army, and other vehicles and equipment to counter roadside bombs. 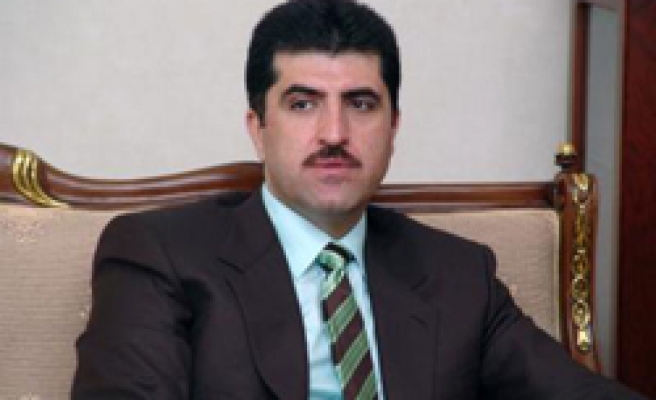 In an exclusive interview from a command center on the Iraq-Syria border, Masrour Barzani, the chancellor of the Kurdistan Region Security Council, has said that they received only four shipments of needed munitions in recent months. "The shortage of aummunition is a big problem and this is not een close to what we were asking for", he said.

His comments in an interview to Eli Lake from the Bloomberg view, have all the more significance because a recent deal commits the Baghdad government to provide $1 billion to Kurdish forces in exchange for the Kurds sharing revenue of their oil exports. Barzani, also happens to be the on of Kurdistan regions president, Massoud Barzani and the grandson of legendary Kurdish nationalist Mustafa Barzani. Barzani also pointed out that his forces were getting none of the 1,000 Humvees or 175 Abrams tanks promised to Iraq. "We are starting to have doubts that there might be a political decision on what sort of equipment should be given to the Kurds," he said. "We don't think this is just a technical issue. It's been way too long for any technical issue."

Other Western countries have been more flexible. Germany has provided the Kurds with French-made Milan anti-tank missiles, which Barzani said were very effective against Humvees and other vehicles used by Islamic State forces.

"At the end of the day, the U.S. position is that it has to get Baghdad's approval for any specific weapons system," said James Jeffrey, who served as U.S. ambassador there between 2010 and 2012. "That is part of our keeping-Iraq-unified policy. As it stands now, Masrour has had to rely in large part on other countries for the equipment and ammunition he will need to take on the Islamic State."

In some cases, that includes counting on less-than-savory actors such as Iran. Barzani acknowledged receiving ammunition from Iranian military. Jeffrey told me this included rockets and other kinds of specialized weapons. "He is right to complain, because they are doing a lot of the fighting and they don't have a lot of the heavy weapons they are going to need," Jeffrey said.

Barzani said that since the Peshmerga entered the war, more than 800 fighters have been killed and more than 4,000 wounded. "We are fighting on behalf of the rest of the world against this terrorist organization," he told me. "We are putting our lives on the line. All we ask for is the sufficient equipment to protect these lives."