The last U.S. combat brigade, consisted of 4,000 soldiers, had left Iraq last night but 56,000 soldiers have been still in the seven-years. 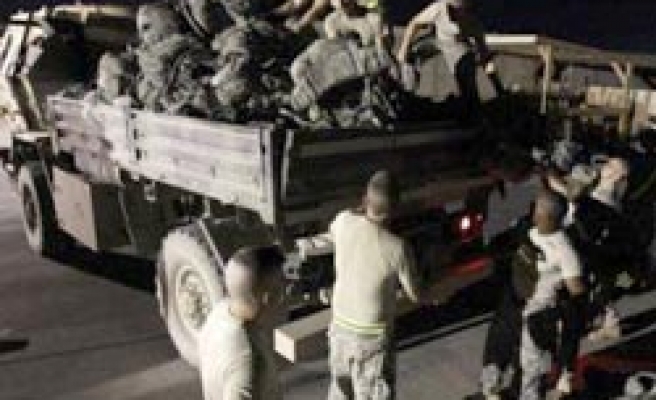 The last U.S. combat brigade, consisted of 4,000 soldiers, had left Iraq last night but 56,000 soldiers have been still in the seven-years invaded country, a senior Obama administration official said on Wednesday.

The war in Iraq has gone on longer than the U.S. Civil War, World War One and World War Two. In seven-years U.S. war, an estimated 2.2 million Iraqis have been displaced within their native land, according to the Norwegian Refugee Council.

4th Stryker Brigade drove through the night and arrived in Kuwait just before 4 a.m. local time on Thursday, Reuters said.

The last U.S. brigade officially classed as a combat unit formally handed over responsibilities to its Iraqi counterparts on Aug. 7, but U.S. troops have been steadily flowing out of the country on transport aircraft and by road for a year.

"Obama promise" has some way to go

U.S. media said on Wednesday the last U.S. combat troops had left Iraq, but U.S. officials clarified there were still 56,000 U.S. soldiers in Iraq, so the reduction to 50,000 non-combat troops by Sept. 1 promised by President Barack Obama still has a some way to go.

The Obama administration has said it expects to draw down troop levels to 50,000 by Aug. 31, ending the combat "mission" and leaving those who remain to "train Iraqi armed forces and police units".

Meeting that deadline will mean President Barack Obama is on target to keep his assurances to Americans that all U.S. forces will be out of Iraq by the end of 2011.

Bush launched the U.S.-led invasion in 2003 claiming Saddam Hussein has a nuclear-capacity weapons whose traces were never found. Britain that is close ally of U.S. in this war lauched an inquiry into much-criticised Iraq war, seen as illegal because of the lack of the credible proof on nuclear weapons.

The war has proven costly to America both in terms of dollars and human life. Operation Iraqi Freedom has cost more than $900 billion and seen 4,415 US troops die.

Unpopular war caused estimated at more than 100,000 civilian deaths in Iraq, according to the Iraq Body Countwebsite.

At the height of the violence in 2006, Iraq was brought to the brink of all-out civil war between the Sunni and Shia communities, with bombings and sectarian murders becoming a deadly part of day-to-day life in many parts of the country.

In 2007, President Bush ordered a controversial surge of more than 30,000 combat troops in an effort to improve the situation.

That, combined with improved co-operation with Iraq's Sunni population, led to a substantial improvement in security that allowed US troops to begin transferring responsibility to Iraqi forces.

With opinion polls showing Americans tired of nearly a decade of war in Afghanistan and Iraq, any decision to extend U.S. military involvement in Iraq would be enormously risky for Obama, who is up for re-election in 2012.

The U.S. president faces a war-weary U.S. public as his fellow Democrats seek to hold on to their control of the U.S. Congress in elections in November.

He would almost certainly face a backlash from Democrats in Congress and from the left wing of his party, which is already disenchanted with him.