Last US troop pullout to be in oil-rich Iraqi city

The top U.S. commander for Iraq invasion said that U.S. forces in the north would probably be the last to leave the country at the end of 2011. 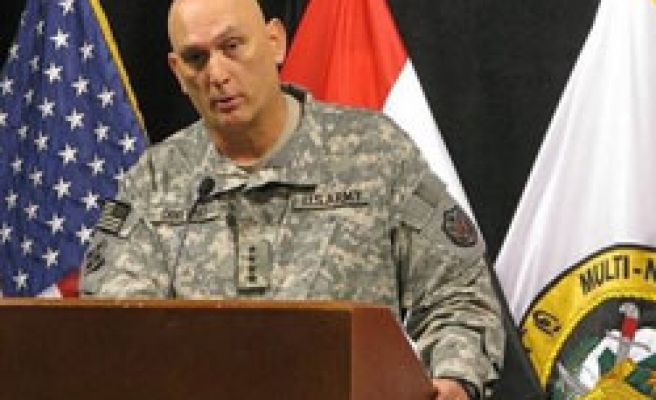 The top U.S. commander for Iraq invasion said on Wednesday that U.S. forces in the north would probably be the last to leave the country at the end of 2011.

He said the United States remained on track to draw down its forces in Iraq to 50,000 by Sept. 1, when Washington will formally end combat operations, but U.S. forces in the northern city of Kirkuk will remain in place and "probably be one of the last units to leave Iraq ... by the end of 2011."

But Odierno, speaking to reporters in Washington, said: "We have not solved the problems of the disputed areas. That's a problem that has to be dealt with in the future."

"...., the U.S. military is training Kurdish peshmerga fighters and Iraqi army troops, and wants to "merge them to become a force that's trusted by the population, that's representative of the population, that will sustain security once we leave," Odierno said.

The Iraqi government in Baghdad would command and control the joint force.

Kirkuk, and the surrounding province produces a fifth of Iraq's oil.

As the United States surges forces into Afghanistan invasion, its troop presence in Iraq has dropped sharply from 145,000 in January 2009 to about 70,000 today.

Odierno said, after September, the United States would maintain the 50,000-troop level through the summer of 2011, when an assessment will be made about getting them out by the end of 2011.

Cash-strapped Iraq has signed contracts with global oil firms to develop its giant oilfields but Odierno said those deals will not fully "kick in for 3 to 5 years."

"They'll gain a little bit each year but nothing significant," Odierno said. "But by '13 or '14, if things go well, they then should be producing enough oil where they will be able to be what I consider to be solvent."

U.S. officials say solvency will enable Iraq to build up its military, and Odierno voiced confidence the projected increase in oil revenues starting in 2013 would enable Iraq to afford an initial purchase of 18 F-16 fighter aircraft, made by Lockheed Martin Corp, a US company.

Odierno made clear he supports the sale: "If they're going to buy multiple aircraft, I'd rather have them buy F-16s."

Iraq's Air Force is on record as may buy up to 96 F-16s through 2020, the centerpiece of billions of dollars that Baghdad may spend on foreign arms in coming years.