Iraq’s Prime Minister Nouri al-Maliki is under sharp criticism from his critics demanding his replacement after a wave of sectarian fighting has gripped the country since early June. 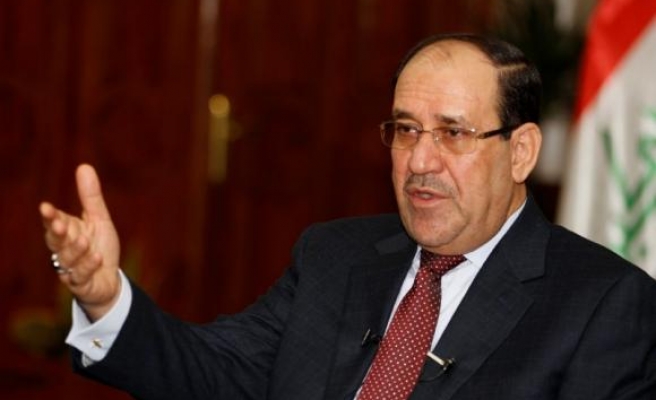 Iraq’s Prime Minister Nouri al-Maliki announced Friday that he would seek a third term in office despite mounting pressure from within Iraq and foreign powers to step down.

“I will remain a soldier fighting alongside armed forces and volunteers until defeating the enemies of Iraq,” Maliki said in a televised statement on state-owned Iraqiya TV.

Maliki is under sharp criticism from his critics demanding his replacement after a wave of sectarian fighting has gripped the country since early June.

“To step down in the face of terrorism would mean avoiding my religious, national and moral responsibilities,” he said.

Iraq saw a marked increase in sectarian violence between Sunni and Shiite Muslims in June, with a coalition of armed opposition groups led by the Islamic State of Iraq and the Levant (ISIL) having taking control of large swathes of the country's predominantly Sunni provinces.

The latest wave of insurgency began when ISIL-led rebels captured the city of Mosul on June 9 and soon afterwards took control of a number of other key cities and towns including Tikrit, Tal Afar, Fallujah and Baiji.

Maliki’s critics are accusing him of aggravating the country’s already strong sectarian divisions.