A car bomb near an office of Iraq's National Security Ministry and another near a popular restaurant killed many in the Iraqi capital. 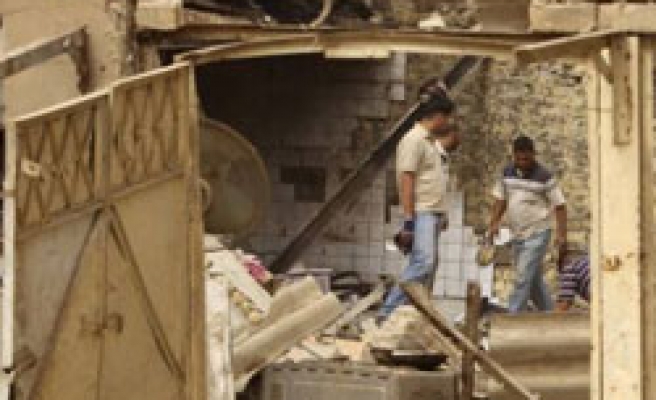 A car bomb near an office of Iraq's National Security Ministry and another near a popular restaurant killed at least 12 people in the Iraqi capital on Sunday and wounded more than 60, security sources said.

One blast targeting a national security office killed at least six people and wounded 15, bringing down the facades of nearby houses, officials said. Some security sources put the death toll at nine.

An official in the National Security Ministry said one of its offices was hit in the blast at Aden square in northwest Baghdad on Sunday.

"It was a car bomb targeting our building. This explosion damaged the building and we lost one of our staff," the official said, asking not to be identified.

The building used by the ministry was destroyed, a Reuters photographer said at the scene. At least four nearby houses were severely damaged and ambulance drivers said there was at least one body in the rubble.

The second car bomb in the western district of Mansour was outside an Asiacell office and across the street from the popular Zarzour kebab restaurant, officials said.

The blast demolished around 37 vehicles, an official at the Baghdad security command said.