Around ten militants stormed a checkpoint near the town of Tuz Khormato, killing all six soldiers manning the checkpoint, the town's police commander 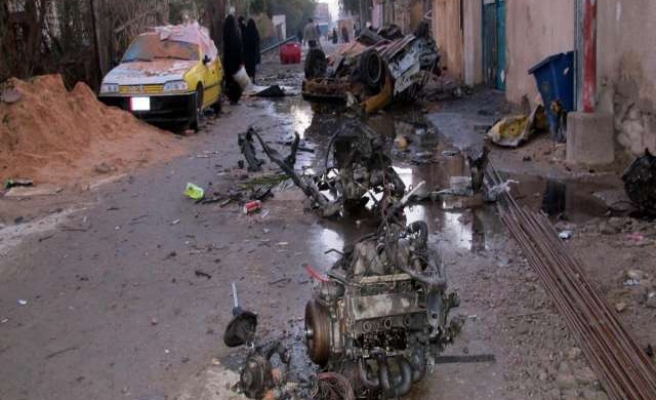 Six Iraqi policemen were killed Sunday in the northern province of Saladin by militants believed to belong to Islamic State in Iraq and the Levant (ISIL) group, a security official said.

"Around ten militants stormed a checkpoint near the town of Tuz Khormato, killing all six soldiers manning the checkpoint and stealing their weapons," the town's police commander, Shalal Abdul, told Anadolu Agency.

He added that the six soldiers were Shiite Turkmen. "The attack was sectarian in nature," Abdul told AA, adding that police forces are currently in the process of hunting down the attackers.

"Security forces cordoned off the area and transferred the bodies of slain policemen to forensic medicine," Abdul added.

Until 7:45am GMT, the ISIIL has not commented on the incident.

The volatile town of Tuz Khormato, disputed between the Baghdad government and the Kurdish administration in northern Iraq, has seen recently a series of car bombings and explosions, claiming scores of lives.

Iraq has been the scene of rising violence over the past months with car bombings and assassinations, killing hundreds of people.