Panetta sees progress on keeping some US troops in Iraq

Panetta told a group of reporters from defense-related publications that in his opinion the Iraqis had finally agreed they wanted U.S. trainers to remain there. 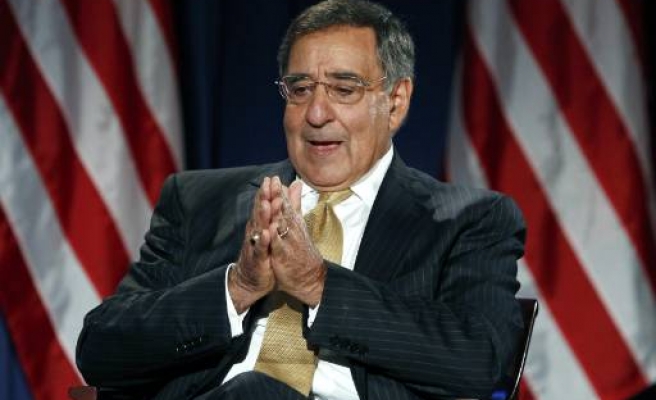 Defense Secretary Leon Panetta said Friday he thinks progress has been made in talks with Baghdad on maintaining some U.S. military presence in Iraq after the end-of-year deadline for withdrawing American forces.

Panetta told a group of reporters from defense-related publications that in his opinion the Iraqis had finally agreed they wanted U.S. trainers to remain there and were now negotiating the details of the future U.S. presence.

"My view is that they finally did say, 'Yes,'" Panetta said, adding that President Jalal Talibani had a meeting last week in which key Iraqi leaders had decided to request negotiations on "what a training presence would look like."

Ali al-Moussawi, an adviser to Iraqi Prime Minister Nuri al-Maliki, said there were no talks about extending the date for withdrawing U.S. troops beyond the end of the year, but negotiations were ongoing about whether U.S. military trainers would stay in Iraq. He said no decision had been made yet.

U.S. officials have repeatedly pressed Iraq to decide soon whether they want to keep any U.S. troop in the country. The sides would have to conclude an agreement to enable some U.S. forces to remain in the country after the year-end deadline.

Panetta said there had been some dispute as to whether a status of forces agreement was needed as part of the deal to extend the U.S. troop presence, but "I think they now recognize that they have to get that enacted as part of this."

"So what I guess I'm saying is we have made progress and as a result of that I think we're going to be engaging with them to try to negotiate what that presence will look like," he said.

A senior U.S. defense official told Reuters that despite the agreement to negotiate reached earlier this month with the Iraqis, there was no certainty a deal could be reached.

The Pentagon has warned that any extension of the U.S. presence would have to be accompanied by measures to address American concerns about a rise in attacks by militants suspected of being supported by Iran.

Panetta said he felt Iraqis had been sending "the right messages to Iran to back off of the attacks."

From the Iraqi side, any deal for U.S. troops to stay on Iraqi soil after the withdrawal deadline would have to deal with the sensitive issue of immunity for any American military trainers in Iraq.