The enclave has been home to Iraq's parliament, government offices, United Nations agencies and western embassies since the US-led invasion that toppled dictator Saddam Hussein in 2003. 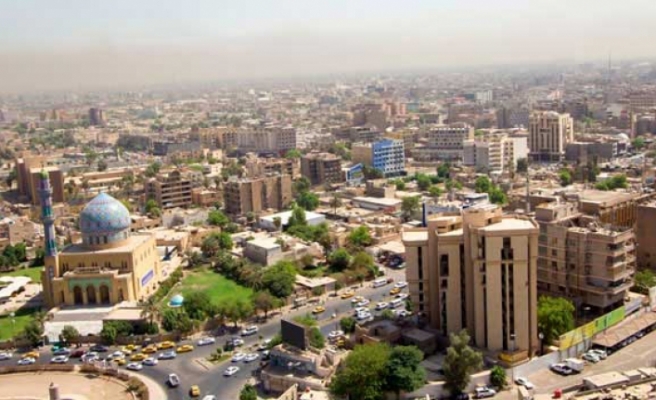 The partial reopening of Baghdad's high-security Green Zone to through traffic, planned for Sunday, has been postponed for several days, a government official said.

Earlier this week, Iraqi authorities began removing concrete barriers to ease access to a key route that cuts across the enclave, ahead of a planned opening on Sunday, reportedly at the orders of Prime Minister Adel Abdel-Mahdi.

But on Sunday morning, a government official told AFP that "the reopening will not take place before the next two days, or perhaps by the end of the week".

"An important thoroughfare will be opened, but we must secure its surroundings and seal access to perpendicular streets," the official said on condition of anonymity.

The road leads from the banks of the Tigris River northwest through the Green Zone and into other parts of Baghdad.

Authorities say allowing through traffic would ease congestion in other parts of the city.

But on either side of the route lie the offices and homes of Iraqi officials and international diplomats.

The UK embassy and the UN informed staff members they were implementing tougher safety measures inside the zone from Sunday, citing an "elevated threat level."

The US embassy has declined to comment on the reopening.

The Green Zone, ringed by blast walls topped with barbed wire and guarded by Iraqi security forces, remains inaccessible for most Iraqi citizens.

Even if the planned opening goes ahead, Baghdad residents would not be able to access the rest of the zone by car or on foot.

Abdel Mahdi, who was appointed premier in October, is keen to portray Iraq as fully secured, nearly a year after the Islamic State group was ousted from its last urban strongholds.

Previous prime minister Haidar al-Abadi had also ordered the zone reopened in 2015, but it was sealed off again after only a few days.

It was rumoured at the time that objections by the US embassy -- which has the tightest security regulations of all in the Green Zone -- were the reason.

On Saturday, Baghdad's residents voiced scepticism that this time would be different.

"It's been years, every day they say 'tomorrow, tomorrow' -- and nothing," said Ryad Ahmed as he passed one of the planned entrances to the zone.

"We hope they'll reopen it, now that they've removed some t-walls, but we still don't know if it's true or not."