Kurdish Regional Govt high rep. to the UK says its relationship with Turkey has improved both economically and politically 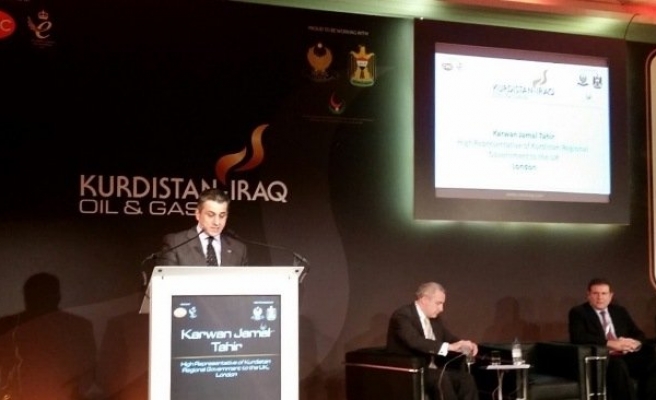 Jamal Tahir, who was appointed to his position in June 2015, said, “Any act against the civilian population” anywhere will be considered a terrorist attack.

“Turkey is important in the area in the Middle East, in Europe. It is a gateway to the Middle East and the other way around. I don’t believe there is a conflict between Turk and Kurd,” he said, adding, “Any terrorist attack, no matter who has done it, is considered a terrorist attack and we condemn these attacks.”

Tahir said that the Turkish government was very “brave” to initiate the peace process with Turkey’s Kurds, and added, “It was proven that armed conflict does not succeed, the only way towards peace would be dialogue and negotiation.”

"I remember current Prime Minister [Ahmet] Davutoglu when he was foreign minister, he said it clearly that it is no longer threatening to talk about the Kurdish issue... I think that came out of the bravery of the authorities in Turkey."

The KRG representative stated that the relationship between Turkey and KRG has improved both economically and politically over the years.

"We tried our utmost to create bridges between the Kurdistan Regional Government and Turkey. The relationship started economically, and this relationship brought a political relationship. I think we have succeeded in encouraging Turkish investors to come to Kurdistan and work in the region. We have over 1,500 Turkish companies working in the KRG. Now we have a long strategic agreement. We praise their support through the years of relationship that we have.”

Jamal Tahir, deputy minister for foreign relations in 2009-2015 prior to his current appointment, said that Daesh is the biggest threat facing the region and that everyone must coordinate with each other against it.

Asked about KRG President Massoud Barzani's plea for heavy weapons from the British government, Tahir said that in fighting Daesh, the KRG’s peshmerga forces are having problems accessing “the sufficient weaponry” Britain has provided the Iraqi government.

“The relationship between Britain and Iraq is a state-to-state relationship. Unfortunately, this militarily support to Iraq and the Kurdistan-region peshmerga has to be in coordination with Baghdad. We do not mind that. We need sufficient weaponry to eradicate Daesh. To be more active, we need more heavy weapons and basically these heavy weapons go to the Iraq Defense Ministry, [and] we need our fair share,” he said.

Tahir stated that peshmerga forces are also part of Iraq’s defense forces and they need to be “properly equipped” and “properly trained.”