'Peshmerga not to withdraw from Kirkuk' 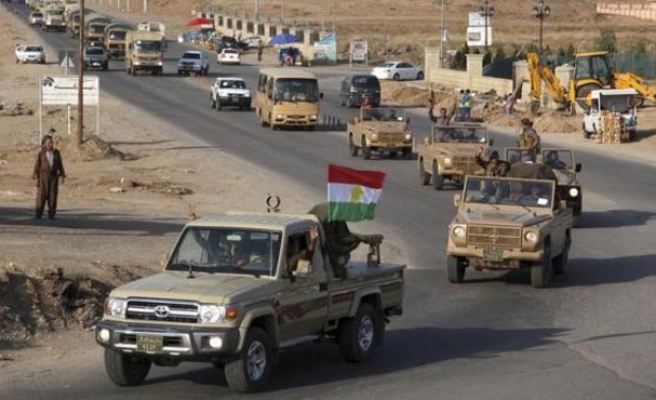 “These people are showing their love to their country,” Karim told reporters after visiting Kurdish protestors on the streets of Kirkuk amid a possible army operation by the Baghdad government.

He said that people were supporting them and Peshmerga would not withdraw from Kirkuk.
Karim’s remarks come a day after military tension in the northern Kirkuk province between the Kurdish Peshmerga forces and federal troops.

The central government on Friday began to deploy forces in the vicinity of Taza and Bashir villages, some 10 kilometers south of Kirkuk city after the withdrawal of the Peshmerga forces in the night.

These forces seized control of the currently disputed areas, including Kirkuk, when the Iraqi army withdrew in mid-2014 against the ISIL extremist group.

The Sept. 25 illegitimate referendum of the Kurdish region faced strong opposition from most regional and international actors -- including the U.S., Turkey, and Iran -- who warned that the poll would distract from Iraq’s fight against extremism and further destabilize the region.

The Iraqi parliament has approved a set of measures against the Kurdish region, including deploying federal forces in disputed areas.