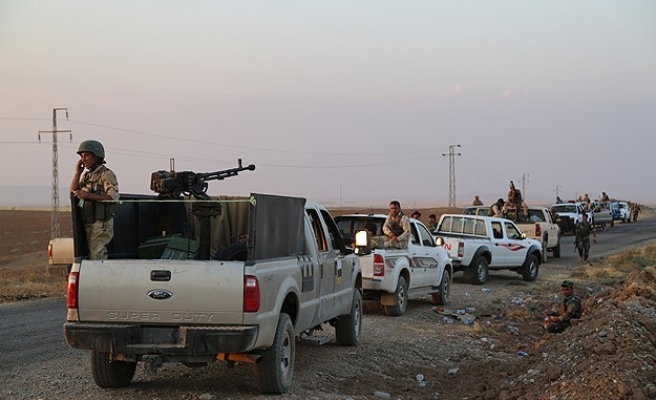 Thousands of civilian residents fled Kirkuk on Monday to northern Iraq following the hasty withdrawal of Peshmerga forces from the city, according to a local police source.

Since the 2003 U.S.-led invasion of Iraq, oil-rich Kirkuk has remained the subject of dispute between the central government in Baghdad and the Erbil-based Kurdish Regional Government (KRG).

The abrupt Peshmerga withdrawal came only hours after Iraqi Prime Minister Haider al-Abadi described the deployment of Peshmerga fighters in Kirkuk -- alongside PKK extremists -- as a “declaration of war” on Baghdad.

Answerable to KRG President Masoud Barzani, the Peshmerga took control of Kirkuk after the Iraqi army withdrew from the province before the ISIL terrorist group’s 2014 onslaught.

Tension has steadily mounted between Baghdad and Erbil since Sept. 25, when Iraqis in KRG-controlled areas -- and in several disputed areas, including Kirkuk -- voted on whether or not to declare independence.

The illegitimate referendum had faced strong opposition from most regional and international actors (including the U.S., Turkey and Iran), who warned that the poll would distract from Iraq’s fight against terrorism and further destabilize the region.