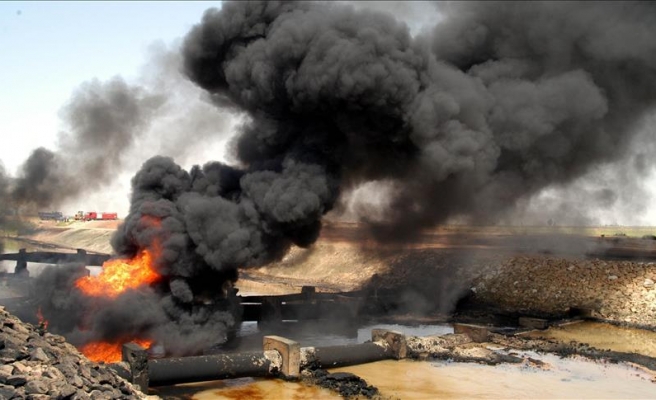 PKK terrorist organization cost Kurdish Regional Government (KRG) in north of Iraq some $100 million by sabotaging the Kirkuk-Yumurtalik oil pipeline on Feb. 17, according to a KRG spokesman.

In a written statement published on the ruling Kurdistan Democratic Party (KDP)’s official website on Wednesday, KRG spokesman Sefin Dizayi held the PKK responsible for damaging the pipeline inside the Turkish province of Sanliurfa on Feb. 17, causing a weeklong suspension of oil exports to Turkey.

"This has happened several times before," Dizayi said, adding that the PKK’s actions threatened to undermine an agreement between Turkey and the KRG on the export of oil from the Kurdish region.

The KRG earns some $380 million from oil revenue each month, Dizayi noted, going on to assert that the Kurdish region was currently facing an economic crisis that has affected its ability to pay civil servants’ salaries.