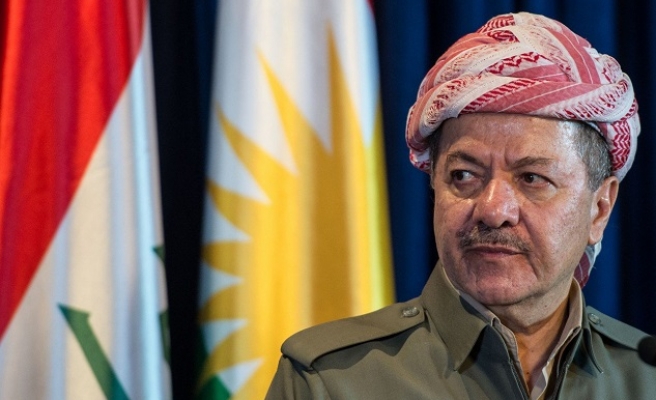 The terrorist PKK organization and its Syrian affiliate, the PYD, are the "same thing", Massoud Barzani, president of northern Iraq’s Kurdish Regional Government (KRG), said in a recent interview with Washington-based website Al-Monitor.

"Any support to the PYD means support for the PKK. They are exactly one and the same thing," Barzani said.

The Kurdish leader’s remarks came in response to a question about deepening military -- and perhaps political -- ties between the YPG, the PYD’s armed wing, and the U.S., the latter of which has described the PYD as a "reliable partner" against the ISIL terrorist group.

Asked whether the U.S. administration, too, viewed the PKK and PYD as "one and the same", Barzani said: "They know very well, but they don't want to say they know very well… The top priority for us and the Americans is the fight against [ISIL], so they might turn a blind eye."

Barzani also commented on a recently declared Kurdish "federation" in northern Syria, saying the concept suited the situation in the region.

"But there must be consensus on this among the Syrians themselves. When we declared federalism in the Kurdistan region [in October 1992], we didn't do it unilaterally," Barzani said.

As for the PKK presence in Mosul’s Sinjar district, which was retaken by Kurdish forces 15 months after it was seized by ISIL in mid-2014, Barzani said the PKK must leave Sinjar, but added: "We want them to leave Sinjar peacefully -- not by force."

Asked if the Americans were intervening in Syria on the KRG’s behalf, Barzani insisted that the U.S. did not intervene in domestic territorial issues.

"But the Americans know there is no value to the PKK presence in Sinjar," he said.

"When Erdogan was prime minister, it was he who came to Erbil, and in Erbil said that the era of denying the Kurds was over. This was a very important development," he said.

"I have met Erdogan many times, and I have seen that Erdogan has a better understanding of the Kurdish cause than most. What I heard from Erdogan [regarding the Kurdish issue], I heard from no one else," Barzani added, going on to assert that the "solution process" between the Turkish state and the PKK should have continued.

The KRG leader went on: "We wish the peace process had not stopped and have tried our best to keep the peace process going… after the June 7, 2015 elections [in Turkey] when they [the Peoples’ Democratic Party (HDP)] got 80 seats in the parliament, we issued a statement saying that it would be a historic mistake if they were not going to be part of the coalition government [with the AKP]."

Launched by the Turkish government in early 2013, the solution process was aimed at ending the PKK’s 30-year conflict with the Turkish state. The process, however, ground to a halt last summer after the PKK renewed its armed campaign against Turkish security forces.