Survey which was conducted in mostly European countries showed that majorities opposed military intervention in Syria. 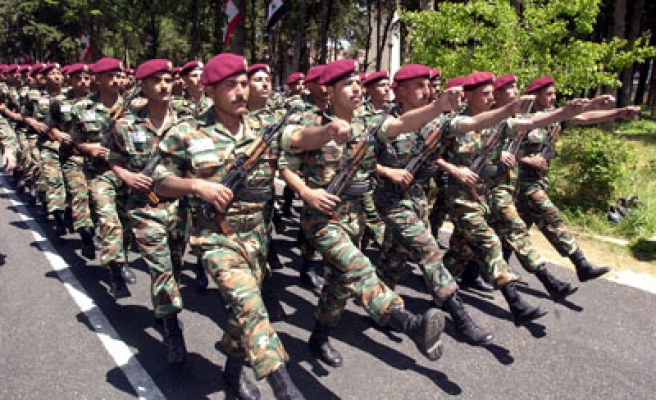 Over half of the people surveyed in an international Reuters/Ipsos poll are opposed to foreign military action against Syrian President Bashar al-Assad and more are against their own countries intervening in the conflict.

The poll, conducted in 15, mostly European countries, also found that only about a third of respondents held Syria's government accountable for using chemical weapons despite Western efforts to blame Assad for an Aug. 21 sarin gas attack.

The United States had threatened punitive strikes against Damascus after the attack, which killed hundreds of people in the capital's suburbs, but stepped back after Syria agreed to eliminate its chemical weapons.

Overall, about 52 percent of people surveyed last month were opposed to any military intervention inSyria.

Over half of respondents in the United States and France - which offered to join any mission - said they were against it. In Britain, where parliament voted against a motion to authorise military action in principle in August, 56 percent opposed it.

Argentina was the most strongly opposed to military intervention in Syria. Some 68 percent of people surveyed there said they were against it.

In nearly every country surveyed, a majority of people were opposed to their own country getting involved in the conflict, including Japan, Canada, Hungary, Australia, Poland, the United States and France. About 57 percent opposed it overall.

The poll did not include findings from countries whose governments have been among the strongest supporters of Assad, including Iran, Russia and China.

It also excluded many of the countries most directly involved in supporting the 2-1/2-year-old rebellion against Assad's rule, including Saudi Arabia, Qatar and Turkey.

No Arab or African countries were included in the survey.

Western powers said information from their spy agencies and from a United Nations report left little doubt Assad's government was behind the August sarin attack, but Syria and its ally Russia have blamed the rebels.

The Reuters/Ipsos poll showed that just 36 percent of people surveyed believed Assad's government was to blame for the chemical attacks in Syria.

About a quarter of people blamed both sides for using chemical weapons and roughly another quarter said they did not know who was behind the attacks. About 8 percent blamed anti-government groups.

Blame for Assad's government was highest in Sweden, Britain and Germany, and lowest in Belgium,Italy and, lastly, Argentina, where only about 17 percent blamed the government.

Since the Aug. 21 attack, Assad has given interviews to media from the United States, China, Venezuela,Italy, Turkey and Germany to make his case.

The poll, conducted online between Sept. 4 and Sept. 18, had a sample of over 12,000 adults, with about 1,000 in each country except Argentina, Belgium, Hungary, Poland, South Korea and Sweden, where there were around 500 respondents each.

It looks like Saudi Arabia was behind the chemical attacks in Syria, that said,will America bomb that country? Remember it was also 19 saudi's that attacked America on September the 11th. Why are the western media such asslickers...no wonder 78% of the people don't trust the media anymore....just saying ;)