Reuters 'covered-up' rape by US troops in Iraq

The former head of the Reuters bureau in Iraq claimed that Reuters editors kept a hush on sexual abuse on staff by US troops in Iraq. 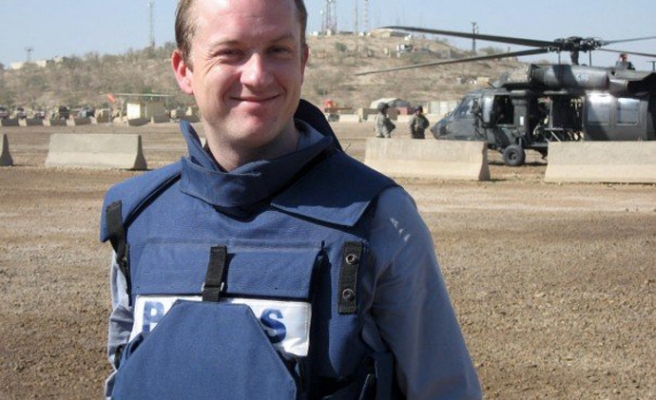 The former head of the Reuters bureau in Iraq, Andrew MacGregor Marshall, has said that the top news agency failed to give the proper context of what was going on in the country during the the US and British-led intervention, calling it a 'disaster'.

Speaking in an interview with Russia Today, Marshall said six Reuters staff had been killed during his time there, adding that five were killed 'by mistake' by the US military.

'I came to believe that what we’d done in Iraq had been fairly useless, because we covered the day-to-day bloodshed and killing, but we failed to give the proper context that would allow readers to understand what was going on,' he said, comparing the coverage to bloodthirsty entertainment'.

Marshall also went on to say that much vital information about the behavious of US soldiers in Iraq was omitted because it was seen as a taboo, including some of his own male members of staff being sexually abused by US troops, saying that rape was a 'systematic policy.'

'I used to get stories all the time, of US troops involved in rapes and theft... I also had three of my own staff who were tortured and sexually abused by US troops, prior to Abu Ghraib,' he said.

'We have seen Guantanamo, Abu-Ghraib and Bagram, and many other US detention centers. We have seen torture, and sexual torture became normalized. But when I was trying to report any story like this for Reuters, my editors would demand enormous evidence. I had to jump over innumerable hurdles to prove that my staff had been tortured. And I knew these men very well and I knew they were telling me the truth,' he added.

'Looking back I can see we were coming from very constrained cultural lands, for we looked at things with a certain mindset and we failed to understand that most Iraqis and indeed most of the people in the Middle East and around the world, they don’t look at the world from a Western or US-centric mindset,' he concluded.