Concern has grown that a failure of the unstable dam, which stands about 40 kilometres northwest of the city, could wipe out most of Mosul and flood large parts of Baghdad 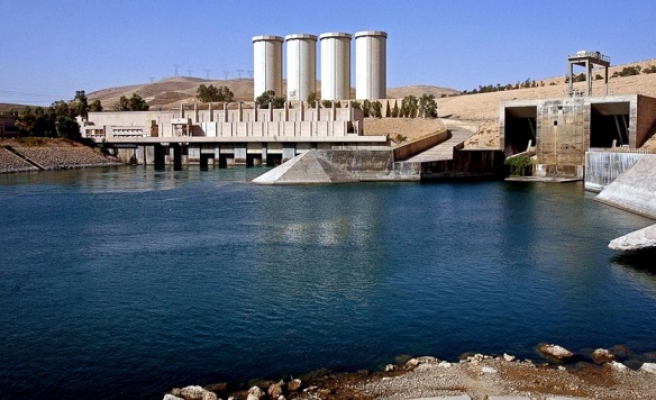 The risk of Iraq's largest dam collapsing and unleashing a huge wave onto Mosul is affecting plans to retake the city from extremists, an adviser to the prime minister's office said.

The Iraqi army is deploying thousands of soldiers to a northern base in preparation for operations to recapture the northern city, the largest urban centre in the ISIL group's self-proclaimed caliphate.

Concern has grown that a failure of the unstable dam, which stands about 40 kilometres (25 miles) northwest of the city, could wipe out most of Mosul and flood large parts of Baghdad.

The Americans "frequently refer to Katrina" and say a collapse of the Mosul Dam would be "a thousand times worse", an adviser to the office of Prime Minister Haider al-Abadi told reporters.

Hurricane Katrina ravaged the U.S. city of New Orleans in 2005, killing nearly 2,000 people and leading to a wave of violence and looting that completely overwhelmed the authorities.

"If the dam busts, the centre of Mosul goes under water by about a 40-50 foot wave (12 to 15 metres)," the adviser said, speaking on condition of anonymity.

He said another dam in Samarra, hundreds of miles downstream, would also burst. It is estimated the wave would still be several metres high when it reaches Baghdad.

A U.S. assessment published on the Iraqi parliament's website on Monday said Mosul dam was "at a signficantly higher risk of failure than originally understood."

Since the dam's completion in 1984, the Iraqi government has sought to shore up the foundation by injecting mortar-like grout into cavities that develop under the structure.

Regular minor seismic activity in the dam area is now seen as a potential threat.

As Iraqi forces backed by the U.S.-led coalition ramp up preparations for an offensive against ISIL in Mosul, fears are also growing that the extremists could weaponise the dam.

"If the attack on Mosul goes well, there is a nightmare scenario that Daesh (an Arabic acronym for ISIL) could itself strike the dam as they withdraw from Mosul," the adviser said.

He said the U.S.-led coalition, whose primary role in retaking Mosul would be to carry out air strikes, is concerned that a major bombing campaign could have an impact on the nearby dam.

"They are worried about it, they are thinking carefully about what kind of munitions they use in the Mosul operation," the adviser said.