Sadr said Maliki "has involved himself and us in long security quarrels and big political crises" and suggested that preventing Maliki from serving a third term would be a "welcome step". 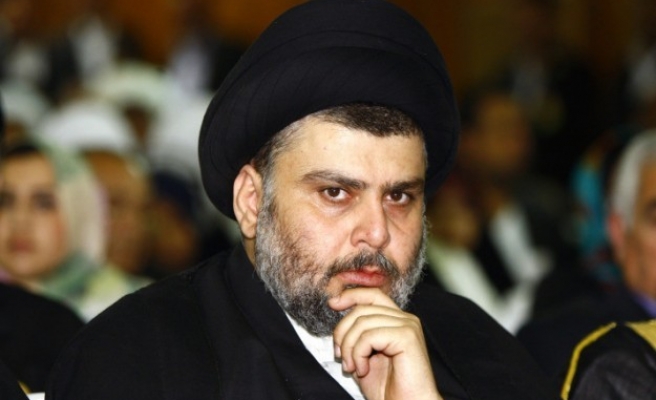 Iraqi Prime Minister Nuri al-Maliki's coalition should withdraw its support for his third term bid and pick another candidate, urged Shi'ite Muslim cleric Moqtada al-Sadr, amid parliamentary deadlock over the formation of a new government.

Maliki has come under mounting pressure since Islamic State militants rampaged through the north and west of the country last month.

In a statement published on his website late on Saturday, Sadr said Maliki "has involved himself and us in long security quarrels and big political crises" and suggested that preventing Maliki from serving a third term would be a "welcome step".

"It is necessary to demonstrate the national and paternal spirit by aiming for a higher, wider goal from individuals and blocs and by that I mean changing the candidates," said Sadr, who gained political influence during the U.S. occupation.

The radical cleric and his political allies had previously advocated the next prime minister be chosen from outside of Maliki's State of Law coalition.

State of Law is part of the National Alliance, a bloc comprising the country's biggest Shi'ite parties, including both Maliki's list and his foes.

"I remain convinced that the brothers in the State of Law coalition must present the candidate for prime minister ... because it is the biggest bloc within the National Alliance," said Sadr.

"We are fine with any State of Law candidate as long as he is not Maliki," he told Reuters.

The United States, Iran, the United Nations, and Iraq's own Shi'ite clerics have called on Iraqi politicians to overcome their differences to face the insurgency.

As Shi'ite lawmakers sought a way to end the political deadlock, a video was posted online of the man purporting to be the leader of the Islamic State praying at a mosque in Mosul, one of the cities the group seized last month.

Maliki's opponents blame his divisive rule for fuelling the political crisis and want him to step aside. However, he refused on Friday to give up his quest for a third term in power.

The first meeting of Iraqi parliament since its election in April collapsed last week without agreement. Kurds and Sunnis walked out, complaining Shi'ite lawmakers had not yet determined who they would put forward as premier.

Maliki's main Shi'ite rivals say there is already consensus among the Shi'ite coalition and among the Sunnis and Kurds against his bid for a third term.

"There is a wish by all political blocs except the State of Law ... (for) the change," said Ali Shubber, a leading member of the Islamic Supreme Council of Iraq (ISCI), a Shi'ite party that came second to Maliki's State of Law in the April elections.

"We feel that the change must take place in order to change the political equation."