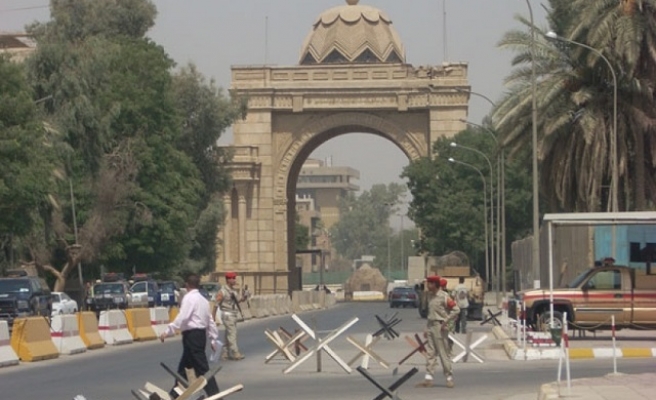 For the second day in a row on Sunday, thousands of supporters of firebrand Shia cleric Muqtada al-Sadr held a sit-in inside Baghdad’s Green Zone after storming parliament one day earlier.

The Iraqi army, meanwhile, has responded to the escalations by declaring a state of high alert across the capital and sealing the city’s exits and entrances.

Security forces fired teargas in an effort to stop additional protesters from entering the heavily-fortified enclave, which houses a number of vital government institutions -- including parliament -- and foreign diplomatic missions.

"Many of the protesters are chanting anti-Iranian slogans because we suspect that Iran is covertly promoting sectarianism in Iraq by supporting corrupt politicians," Karim Hassan, one of the demonstrators, told Anadolu Agency.

Members of the Shia Hashd al-Shaabi ("popular mobilization") militia, meanwhile, have reportedly deployed in southern Baghdad to guard against possible attacks by the Daesh terrorist group.

Al-Nujaifi criticized the government’s failure thus far to carry out promised reforms and address longstanding public grievances, which, he said, were the main reason for the ongoing demonstrations.

He also urged al-Abadi to be more decisive regarding calls for a proposed cabinet reshuffle and to foster partnerships with a view to fighting terrorism and government corruption.

Earlier the same day, al-Abadi directed the country’s Interior Ministry to find and arrest those responsible for "attacking security forces, citizens and members of parliament" one day earlier -- a clear reference to al-Sadr loyalists.

On Saturday, al-Sadr supporters forced their way into the Green Zone where they occupied the parliament building for several hours before withdrawing.

The move came after a scheduled session of parliament -- in which MPs were slated to vote on a new cabinet lineup proposed by al-Abadi -- was postponed after lawmakers failed to meet the required quorum.

Al-Sadr supporters eventually withdrew from the parliament building on Saturday evening and began a sit-in protest in Baghdad’s nearby Celebration Square.

Smaller pro-Sadr protests were seen in Iraq’s southern provinces on Saturday, held in solidarity with the Green Zone demonstration.

In recent months, al-Sadr supporters have staged several mass demonstrations in Baghdad with a view to pressing al-Abadi to appoint a government of "technocrats" untainted by corruption or sectarian affiliations.