Iraq's oldest Christian monastery which recently functioned as a place of worship for U.S. troops has been destroyed by ISIL 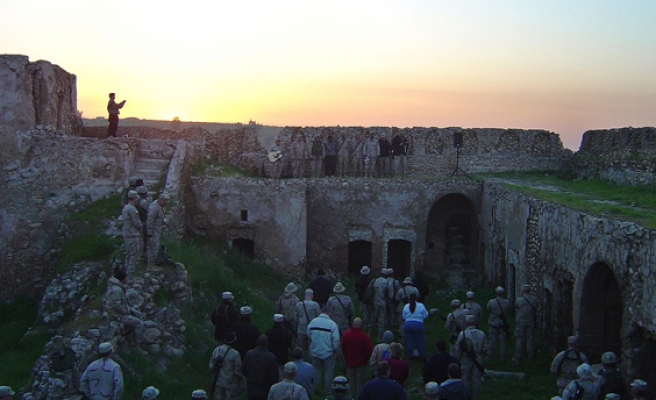 Satellite images have show that ISIL have destroyed the oldest Christian monastery in Iraq. The monastery which was over 1,400 years old has been reduced to nothing but rubble by ISIL fighter.

Earlier this month satellite images captured the position of Elijah's Monastery, near Mosul, northern Iraq, and comparisons with earlier photographs have shown that it had been completely wiped out by the group. The destruction of the monastery -of which they believe it to be heresy - joins a list of dozens of historical and religious sites deliberately destroyed by the group.

St Elijah’s monastery was  a place of worship for 1,400 years, including most recently for US troops.

In Irbil, Iraq, Catholic priest Father Paul Thabit Habib, 39, was visibly shocked by the images that he saw. “Our Christian history in Mosul is being barbarically levelled,” he said. “We see it as an attempt to expel us from Iraq, eliminating and finishing our existence in this land.”