Saudi Arabia pledges $500m in aid to 'all Iraqis'

The announcement comes amid ongoing tension between Riyadh and the Shiite-dominated Baghdad government, led by outgoing Prime Minister Nouri al-Maliki. 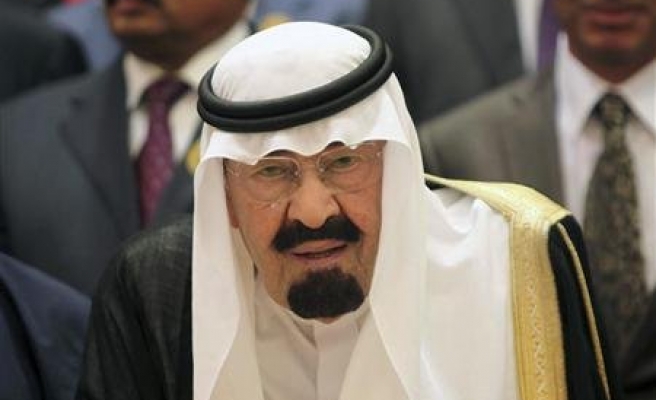 Saudi Arabia's King Abdullah bin Abdulaziz has ordered a $500 million aid package for victims of the current crisis in Iraq, a Saudi diplomat said on Tuesday.

"The aid package will be disbursed to the brotherly people of Iraq, including displaced persons, regardless of their religious or sectarian affiliations," the unnamed diplomat was quoted as telling Saudi's official news agency.

He added that the aid would be distributed through U.N. organizations.

The announcement comes amid ongoing tension between Riyadh and the Shiite-dominated Baghdad government, led by outgoing Prime Minister Nouri al-Maliki.

Saudi Arabia accuses al-Maliki's government of being responsible for the current insurgency in Iraq, which is being led by the Islamic State of Iraq and Levant, a Sunni militant group with previous links to Al-Qaeda.

Al-Maliki, for his part, has previously accused Riyadh of "sponsoring terrorism" in the violence-wracked country.

Iraq entered a new phase of confrontation with militant groups earlier this month when ISIL fighters advanced into the northern Nineveh and Saladin provinces, forcing the Iraqi army to beat a hasty retreat.

Thousands of Iraqi residents have fled their homes in the two predominantly-Sunni provinces since the violence intensified earlier this month.

The crisis – which remains ongoing – has drawn international attention, with neighboring Saudi Arabia, Kuwait and Jordan all on high alert fearing the ISIL's possible infiltration of their borders.