13 people were killed in car bomb explosions across Baghdad on Thursday. 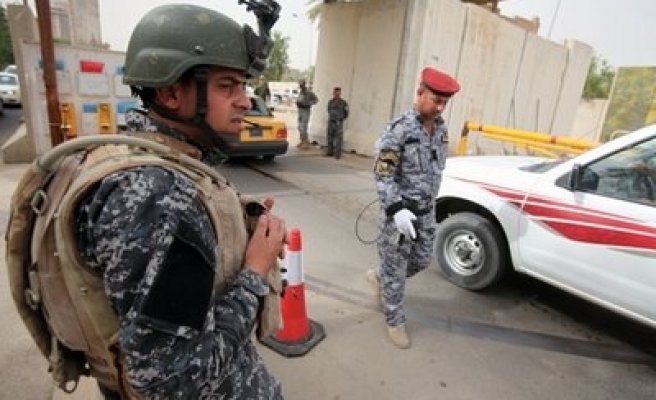 No group immediately claimed responsibility for the bombings.

Since then, more than 1,000 people have been killed across the country, building on a trend of intensifying violence that made last year Iraq's bloodiest since 2008, when sectarian warfare began to abate from its height.

On Thursday, bombs were detonated in the predominantly Shi'ite neighbourhoods of Sadr City, Karrada, Hurriya, Ubaidi and Shaab. Civilians from Iraq's majority are often targeted by Sunni insurgents.

Another explosion killed three people in the commercial Bab al-Sharqie district, near a bridge across the river Tigris leading to the heavily-fortified "Green Zone", home to the prime minister's office and several Western embassies.

In recent days, armed groups have staged a series of attacks near the Green Zone and outside the Ministry of Foreign Affairs, heightening concerns about Iraq's ability to protect strategic sites as security deteriorates.

The city of Falluja is currently surrounded and under shelling from the Iraqi army in preparation for a possible ground assault to end a month-long standoff with anti-government fighters inside the Anbar city.

"We believe that storming Falluja as soon as possible is much better than the current situation," a senior security official told Reuters on condition of anonymity.

"Yes, there will be many casualties, but it's better than this strain on army resources."

The official said a ground assault would not be launched until security forces finished battling armed men in two small towns that are important entry points to Falluja. Communications have also been cut.

"The militants have booby-trapped roads, homes, animals and even dead bodies inside Falluja, so we have to keep the communications down as they use mobile signal to blow up these traps," the official said.