Seventeen dead in bombings and shootings in Iraq

In the deadliest attack, gunmen killed three policemen and four detainees traveling in a police convoy near the northern city of Baiji. 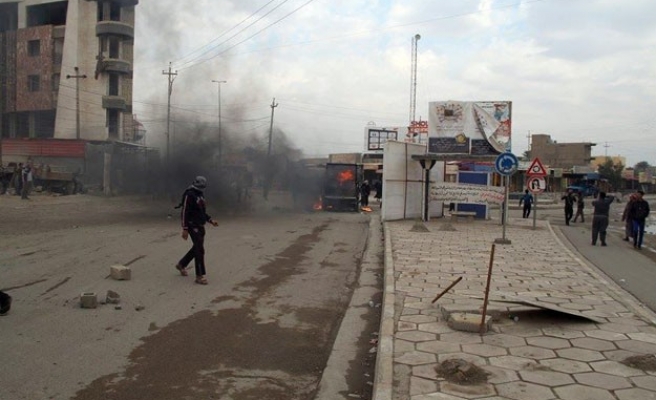 At least 17 people were killed and dozens wounded in bombings and shootings in northern Iraq and Baghdad on Sunday, police and medical sources said.

In the deadliest attack, gunmen killed three policemen and four detainees traveling in a police convoy near the northern city of Baiji.

The police had carried out 65 arrests in the town of Siniya, near Baiji, and was returning south to its base in Tikrit when gunmen ambushed them with a roadside bomb and sprayed gunfire, police said.

In Baghdad, a bomb exploded in a second-hand market for bicycles and motorcycles in the Shi'ite neighborhood of Sadr City, killing five people and wounding 22, police and medical sources said.

In the eastern Baghdad neighborhood of Waziriyah, at least four people were killed and 18 wounded when a bomb exploded on a busy street, police said.

Gunmen attacked a police checkpoint and killed one policeman near the mainly Sunni town of Tarmiya, north of Baghdad, police sources said.

The Shiite-led government of Prime Minister Nouri Maliki has found itself locked in a battle with militants and rebellious tribal groups in the western province of Anbar.

Members of the Islamic State in Iraq and the Levant are holed up inside Fallujah along with Sunni fighters angry at Maliki over what they say are policies which discriminate against Iraq's Sunni minority.

The Iraqi government declared a ceasefire over the weekend but clashes flared periodically on Sunday, according to residents in Fallujah.

The United Nations estimates that more than 370,000 people have been uprooted from their homes due to the fighting in Anbar.