"The terms of the caliphate have not been realized at present, especially in terms of state organisations," the statement by the nine groups said, calling on Muslims to avoid siding with Islamic State. 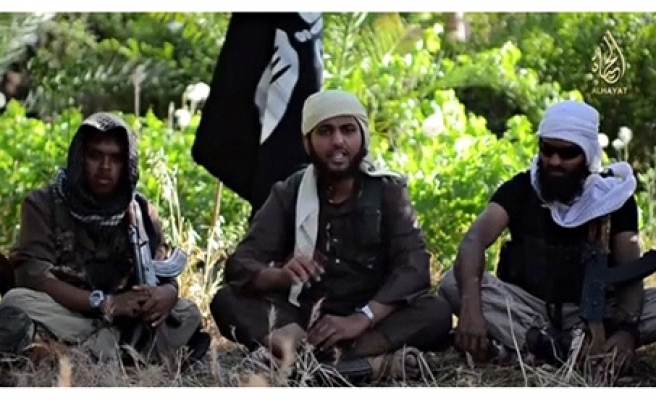 Some groups fighting in Syria have rejected the announcement of a caliphate by an increasingly powerful rival.

Nine groups, including fighters and religious scholars, have dismissed the statement by Islamic State, an al Qaeda offshoot which declared its leader ruler of the Muslim world on Sunday after military gains in neighbouring Iraq.

The group, formerly called the Islamic State in Iraq and the Levant or ISIL, has seized parts of eastern Syria and western Iraq but is still battling rival fighters in Syria.

"The terms of the caliphate have not been realized at present, especially in terms of state organisations," the statement by the nine groups said, calling on Muslims to avoid siding with Islamic State.

They also said the announcement would be used as pretext by foreign powers who want to tilt the balance against rebels seeking to topple Syrian President Bashar al-Assad and would improve his image in the West as a legitimate leader.

The June 30 statement, which Syrian activists said appeared genuine, was signed by groups including Islamic Front, a coalition which includes Saudi-backed combatants, and by the top body of Syrian Islamic scholars in exile.

Al Qaeda's official Syrian branch, the Nusra Front, one of Islamic State's main rivals in the country, has yet to comment.

Infighting between anti-Assad armed groups has killed around 7,000 people so far this year according to the Syrian Observatory for Human Rights, a monitoring group.

Islamic State, which derives much of its strength from foreign fighters, has seized swathes of territory in Iraq including the city of Mosul and has advanced towards Baghdad.

In Syria it is fighting with rivals in the province of Deir al-Zor, bordering Iraq. The Observatory said on Tuesday that Islamic State was in control of most of Albu Kamal, a border town where rivals have fought back in recent days.

The group has roots in Iraq and expanded into Syria shortly after the start of the uprising against Assad three years ago.

It controls large parts of Syria's eastern oil-producing Euphrates River region, and its gains in Iraq since June 10 mean it has command of a cross-border expanse of territory.