At least 47 recruits and soldiers were killed in a suicide bomb attack outside an army recruitment centre in the Iraqi capital, a deputy health minister said. 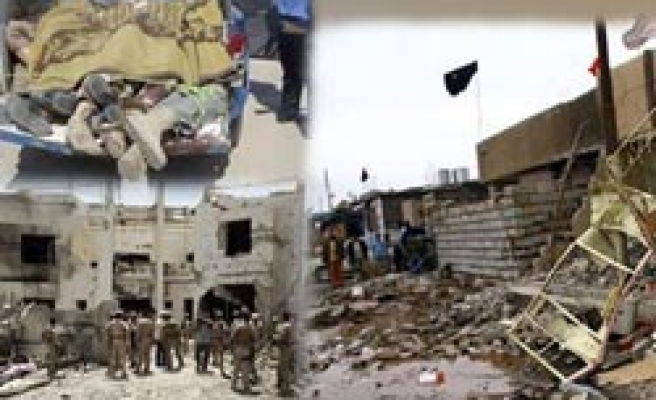 The toll from a suicide bombing at an Iraqi army recruitment centre on Tuesday rose to 47 killed and 77 wounded, a deputy health minister said.

The toll was not expected to increase, said Deputy Health Minister Khamis al-Saad.

The official death toll of 18 was initial, said Deputy Health Minister Khamis al-Saad, and could rise.

The attack occurred at the site of what used to be the Defence Ministry under Saddam Hussein, turned into an army recruitment centre and military base after the 2003 U.S.-led invasion.

"They (the recruits) were gathering in large numbers. They let in 250 recruits at a time," an army source said.

Ati-invasion bombers frequently target the security forces and militia. Monday's attack was the worst since July 18, when a suicide bomber struck members of a government-backed militia waiting to be paid, and killed at least 39 people.