At least seventeen people were killed in the attack. 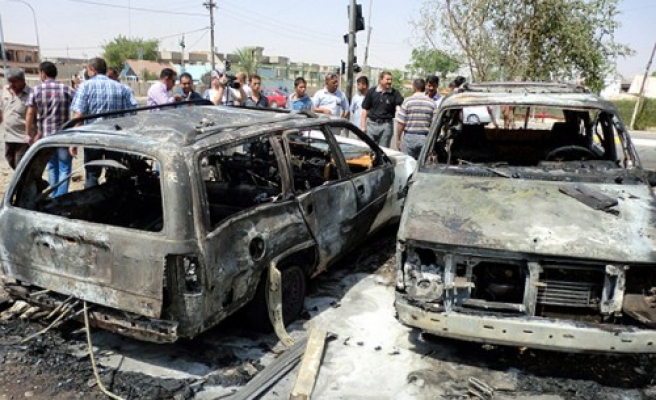 A suicide bomber rammed a vehicle into an intelligence headquarters in Baghdad on Saturday, killing at least seventeen people, police and medical sources said.

The attack came a day after Shi'ite militiamen machinegunned 68 Sunni worshipers at a village mosque in Diyala Province, raising the prospect of revenge attacks as politicians try to form a government capable of countering Islamic State (IS) militants.

Two of Iraq's most influential Sunni politicians, Deputy Prime Minister Saleh Mutlaq and Parliament Speaker Salim al-Jibouri, have pulled out of talks with the main Shi'ite alliance until the results of an investigation into the killings are announced.

"I confirm we have suspended negotiations with the National Alliance because of this crime, until the results of the investigations are announced," said Raad al-Dahlaki, a lawmaker with Jibouri's bloc.

An advance by IS through northern Iraq has alarmed the Baghdad government and its Western allies and drawn airstrikes in Iraq for the first time since the withdrawal of American troops in 2011.

Although the air campaign has caused a few setbacks for IS, they do not address the wider problem of sectarian warfare which the group has fueled with attacks on Shi'ites.

Bombings, kidnappings and execution-style shootings occur almost daily, echoing the dark days of 2006-2007, the peak of a sectarian civil war.