One bomber has targeted a joint police and army checkpoint in north Baghdad, while two others have struck pro-government paramilitaries on a street in Mishahada, north of the capital 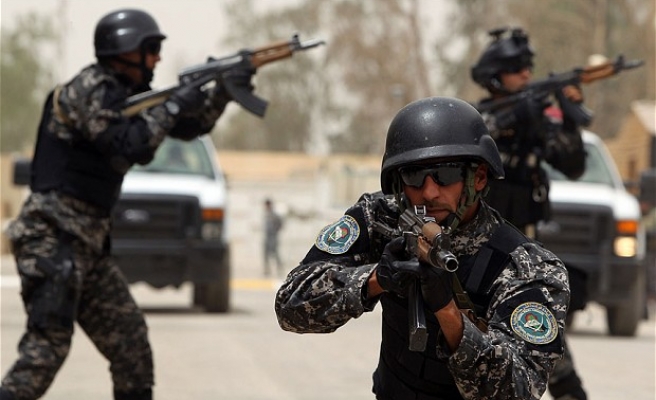 In the deadliest single attack, a suicide bomber struck a street in the southern port city of Basra, killing five people and wounding 10.

The ISIL group, "after the losses it suffered in western areas, is seeking to move the battle to the southern areas," where many of the forces fighting the extremists are from, Basra Governor Majid al-Nasrawi told journalists.

ISIL overran large areas north and west of Baghdad in 2014, but Iraqi forces backed by U.S.-led air strikes and training have since regained significant ground, most recently in the western province of Anbar.

Three burned bodies were seen at the scene of the Basra attack -- two still inside vehicles, and a third on a stretcher.

The blast set vehicles alight and damaged buildings in the area, one of the journalists said.

Another bomber struck a joint police and army checkpoint in north Baghdad, while a third attacked pro-government paramilitaries in Mishahada, north of the capital, and a fourth hit militiamen in a restaurant south of the city of Nasiriyah.

There was no immediate claim of responsibility for the attacks, but the ISIL group frequently carries out suicide bombings in Iraq targeting civilians and security forces.

Like the Basra governor, a U.S. army officer said that as ISIL loses territory, it is increasingly turning to bombings in a bid to stay relevant.

The group is "losing its prominence on the battlefield, and so what we've kinda seen recently is a lot more what we call high profile attacks," Captain Chance McCraw told journalists in Baghdad.

The extremists are seeking "to still stay relevant in the media, because that's how they get their message out," McCraw said.

A suicide bomber blew himself up following a football tournament south of Baghdad last month, killing more than 30 people. More than 45 people died in a suicide truck bombing at a checkpoint earlier in March.