Iraq's parliament met for talks aimed at breaking a political impasse which has held up the formation of a government to tackle an insurgency which swept through northern Iraq towards Baghdad. 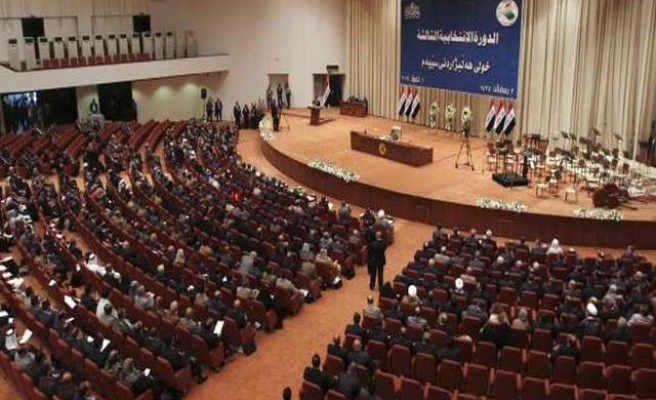 Live television footage broadcast from inside the parliamentary chamber showed Jabouri being congratulated by other lawmakers.

The position of speaker is the first of three leadership posts which Iraq's divided Shi'ite, Sunni and Kurdish politicians were seeking to agree, three months after a parliamentary election.

The other two posts are the presidency and the prime minister. There was no immediate indication whether the agreement on Jabouri as speaker was part of a wider deal to break the deadlock over Prime Minister Nuri al-Maliki's ambitions for a third term.

Iraq's army and Shi'ite militia forces launched an assault on Tuesday to retake the city of Tikrit from  militants as parliamentarians in Baghdad met to vote for a new speaker.

The Defence Ministry said ground troops backed by air support began their offensive at dawn against insurgents, led by the al Qaeda offshoot the Islamic State, who have held Tikrit since mid-June.

If the army and its militia allies retake Tikrit, hometown of Saddam Hussein, it would be the first insurgent-held city to switch back to government control since Iraq's latest crisis erupted last month.

The political impasse has been given added urgency by the insurgency which swept through Sunni provinces of northern Iraq last month, encouraging Maliki's opponents to try to force his departure.

Sunni grievances against Maliki have helped the insurgency win support in the predominantly Sunni provinces to the north and west of Baghdad where the Islamic State and other militant groups have taken over.

Government forces retreated when Sunni insurgents overran Mosul on June 10 and swept south to seize Tikrit, 100 miles (160 km) north of Baghdad, two days later. The city is a stronghold of Saddam loyalists and ex-army officers who joined forces with the Islamic State assault.

An officer taking part in Tuesday's attack said uniformed volunteer fighters and militia forces, including the Shi'ite Asa'ib Ahl al-Haq, were fighting alongside the army, but following orders from their own militia and volunteer commanders.

The assault was launched from the village of Awja, some 8 km (5 miles) south of the city. The army retook Awja, the birthplace of Saddam, on the night of July 3, and has been trying to push north since.

The initial fighting on Tuesday focused around the Shishin district of south Tikrit, the officer and another soldier said, adding that the army was also heading towards Saddam's former presidential palace compounds, where Islamic State fighters had held captives and run their court trials.

Soldiers were also fighting to take Tikrit hospital which lies on a strategic area of high ground in the city.

Across the Tigris River to the east, the army landed paratroopers in Albu Ajeel where Iraqiya state television said some of the insurgents had fled. One army officer in the fighting said they were surprised the resistance they experienced was less fierce than expected.