Israel occupied the Golan Heights in the early 1980s but did not build illegal settlements on it as heavily as in the West Bank. 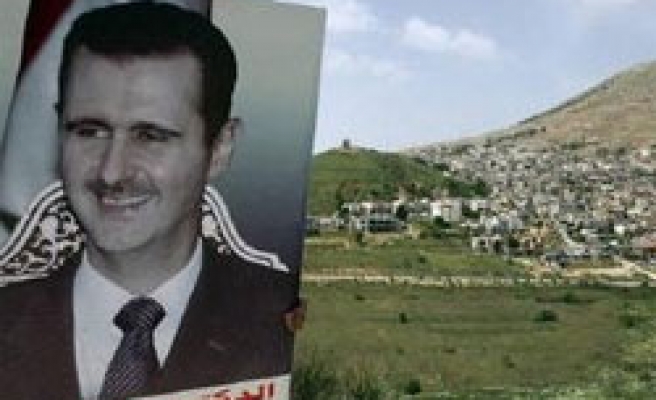 Syria will not negotiate with Israel over its occupation into Golan Heights, President Bashar al-Assad said, days after Israel's prime minister expressed "interest" in resuming talks with Damascus.

In a statement on Syrian army day published in official media on Sunday, Assad repeated his assessment that the possibility of another Middle East war was rising in the absence of what he called Israel's willingness to make peace.

"If anyone thinks that Syria might negotiate over its occupied land then they are mistaken," Assad said.

"The liberation of the Golan is a deeply ingrained right. Peace requires restoring all the occupied soil until the line of June 4, 1967," he added.

Israel occupied the Golan Heights in the early 1980s but did not build illegal settlements on it as heavily as in the West Bank. A United Nations Security Council resolution declared the occupation illegal.

Assad said that while Syria was sticking to its pursuit of peace with Israel the army had to be prepared for war.

"The world is certain now that Israel is the one putting obstacles in front of peace and its requirements," Assad said.

"The spectre of real peace in the region is disappearing and the possibility of war is increasing," he added.