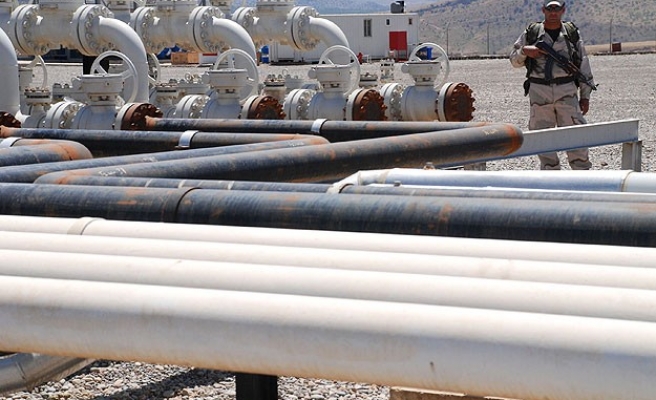 Oil pipelines in the south of Kirkuk city in northern Iraq have become a target for thieves who are taking advantage of the security vacuum that emerged after Iraqi forces' withdrawal, a tribal source told Anadolu Agency.

As the Iraqi Army withdrew from the city and Kurdish Peshmerga forces are busy fighting militants of the Islamic State in Iraq and the Levant, or ISIL, thieves are stealing crude oil from pipelines buried at a depth of a few meters under the soil, the source said.

The thieves puncture the pipes first and open the valves, then they collect the spilled oil in big ponds, loading on trunks and taking them to unidentified destinations.

The spilled oil poses a threat to the environment when mixed with soil, as well as a loss of thousands of dollars for the Iraqi economy, said the source.

Since Tuesday, the Islamic State of Iraq and the Levant, or ISIL, which has developed into a formidable force inside Syria, has extended its reach in Iraq, gaining near-complete control of the northern Iraqi city of Tikrit and seizing Mosul, Iraq’s second-largest city.

The group seized large swaths of western Iraq’s Anbar Province in January, including much of Fallujah and parts of Ramadi, flashpoints of the U.S.-led war in 2003.

Iraq has seen a marked increase in sectarian violence between Sunni and Shia Muslims in recent months, which the Iraqi government blames on ISIL.