The Islamic State of Iraq and the Levant (ISIL) has released 32 Turkish truck drivers held hostage since June 10. 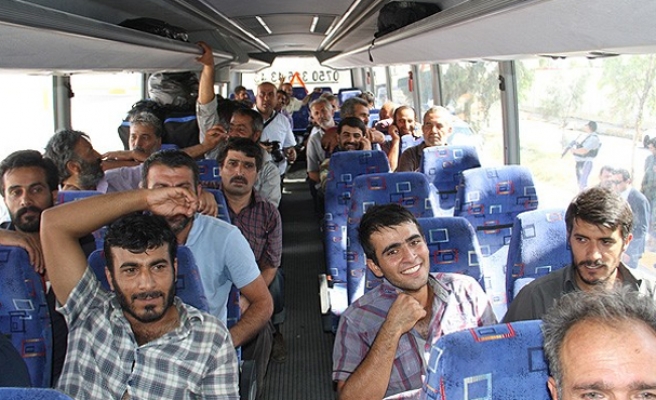 A group of 32 Turkish truck drivers seized in Iraq by Islamist militants three weeks ago have been handed over to Turkish diplomats and will be flown to Ankara on Thursday evening, Foreign Minister Ahmet Davutoglu told a news conference.

The drivers had been abducted last month after Islamic State in Iraq and the Levant (ISIL) militants swept into Iraq and captured the northern city of Mosul.

"The 32 drivers kidnapped in Mosul have been received by our consulate and they are currently en route to Arbil," Davutoglu told a news conference in the Turkish capital.

He said a Turkish Airlines plane had taken off from Istanbul for the Iraqi Kurdistan capital Arbil and would bring the drivers to Ankara on Thursday evening.

"We will continue to work extensively on the release of our citizens who were left behind," he said, adding that the drivers were in good health.

Turkey has close trade and political relations with the Kurdish-controlled area located to the east of Mosul and which has not been targeted by ISIL.

The truck drivers, who were abducted by ISIL militants while they were delivering diesel, were initially held at a power plant in the Gyarah region of Mosul.

Turkey had warned that it would retaliate if any of its 80 nationals seized by the al Qaeda splinter group were harmed and ambassadors of the NATO defence alliance held an emergency meeting in Brussels at Turkey's request.

It was not clear if any demands had been made by ISIL for the release of its prisoners - whether those that have since been freed or those still being held.

Iraq is Turkey's second biggest export market and largest oil supplier. The Turkish Foreign Ministry says an estimated 120,000 Turks are registered as resident in the country.