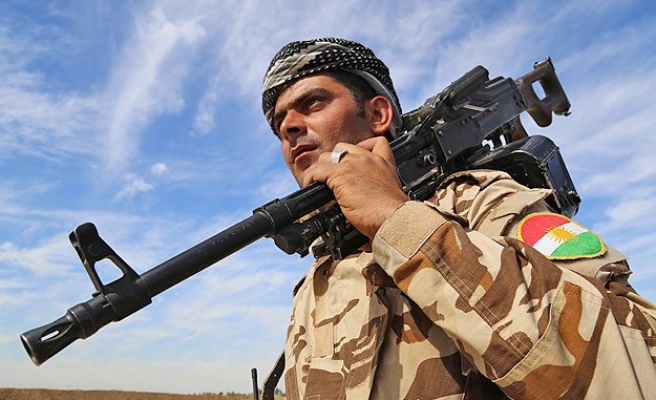 Turkish soldiers are training Kurdish peshmerga fighters in northern Iraq and will give similar assistance to a new national army unit in Baghdad as part of the struggle against ISIL, a senior Turkish official said on Saturday.

"Turkey has already started training peshmerga forces in northern Iraq ... and we have agreed to train and give assistance to the National Guard," the official said.

Turkey, a NATO member with a 1,200 km border with Syria and Iraq, has refused to take a frontline military role in the U.S.-led coalition against the ISIL insurgents, arguing air strikes alone will not bring lasting stability.

It has drawn criticism for letting foreign fighters cross its borders in its haste to see Syrian President Bashar al-Assad toppled, and for doing little to end the ISIL siege of the Syrian border town of Kobani, a battle that has raged for months within sight of Turkish military positions.

U.S. Vice President Joe Biden met Turkish Prime Minister Ahmet Davutoglu in Istanbul late on Friday, the start of a two-day visit to discuss Turkey's role in the coalition. Biden is due to meet President Tayyip Erdogan later on Saturday.

Ankara argues there can be no peace with Assad in power and that Syria needs to follow the lead of Iraq, where a new government under Prime Minister Haider al-Abadi is seeking to build a cohesive force to push back ISIL fighters.

Abadi announced plans in September for a new National Guard unit intended to incorporate local fighters and deprive ISIL of safe havens by allowing Iraq's provinces to be responsible for their own security.

"We have said many times we want a comprehensive strategy. It is impossible to stop these terrorists only by bombing  If you try to kill the mosquitoes it will not work, you have to dry the swamp," a second Turkish official said.

Turkey has also agreed with the United States to train and equip moderate Syrian rebels fighting both ISIL and Assad's forces, although the details of how many and exactly where they will be trained have yet to be finalised.