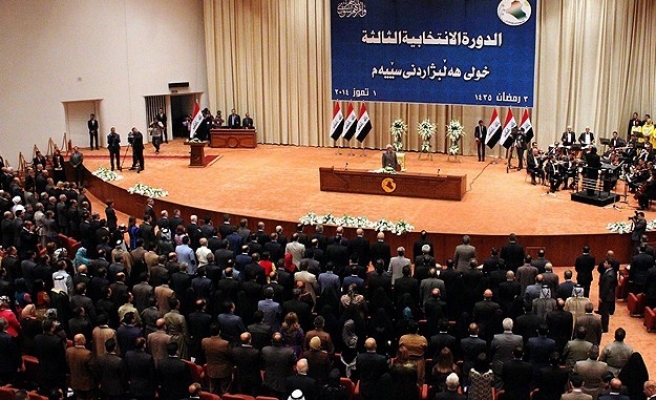 Turkmen and Christian deputies of the Kurdish Regional Government’s parliament in Iraq decided Wednesday to boycott parliamentary meetings as they feel unrepresented in key institutions.

Five Turkmen and six Christian members of parliament said in a press conference that they will not participate in the parliament’s meetings until their demands are fulfilled.

The decision was sparked after a move by Kurdish authorities not to include Turkmen and Christian members on the High Election and Referendum Commission.

Aydin Maruf, the Turkmen member of Parliament for the Iraqi Turkmen Front, told The Anadolu Agency that the nine members of the High Election and Referendum Commission were elected from five parties -- with no representation from the Turkmen and Christian communities.

Maruf added that the fifth article of the election commission's regulatory code states that two of the nine commission members must be Turkmen and Christian, but the other five parties have violated this provision.

“We want President Masoud Barzani to intervene and correct this mistake,” he said.

The autonomous Kurdish regional rule decided to establish the commission after the ISIL took control of large swathes of Iraq earlier this year.