UN to send team to investigate ISIL crimes in Iraq

The Council aims to send 11 investigators, with a total budget of $1.18 million, to report back by March 2015. 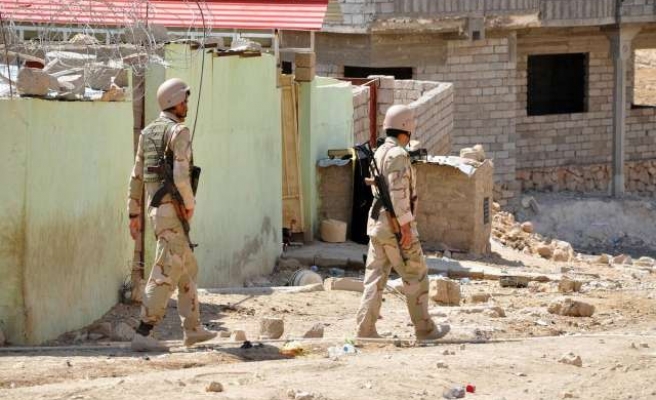 The United Nations agreed on Monday to send investigators to Iraq to examine crimes being committed by ISIL militants on "an unimaginable scale", with a view to holding perpetrators to account.

"We are facing a terrorist monster," Iraq's human rights minister, Mohammed Shia' Al Sudani, told the U.N. Human Rights Council which adopted a resolution tabled by Iraq and France at an emergency sitting of the 47-member state forum in Geneva.

The Council aims to send 11 investigators, with a total budget of $1.18 million, to report back by March 2015.

ISIL has been cited as a major security threat by Western governments since posting a video in August of the beheading of U.S journalist James Foley.

The militants have driven more than 1.2 million people from their homes this year, the United Nations says. At least 1,420 people were killed in sectarian violence in Iraq in August alone, U.N. figures showed on Monday.

"The reports we have received reveal acts of inhumanity on an unimaginable scale," she said.

Pansieri raised concerns that Iraqi government forces had also engaged in acts that may amount to war crimes.

She said government-allied militias had opened fire on a mosque in Khanaqin district, northeast of Baghdad, killing 73 men and boys. Iraqi soldiers had shelled towns and carried out air strikes killing and injuring dozens of civilians, she added.

"These are allegations of crimes perpetrated by the government and we have a transparent investigation by our own government which will soon be deposited with all concerned members of the Human Rights Council," he told Reuters.