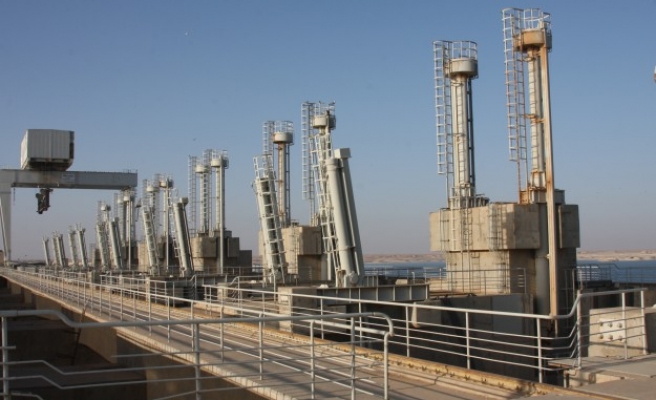 The leader of a pro-Iraqi government paramilitary force in the west said the strikes wiped out an ISIL patrol trying to attack the dam - the country's second biggest hydroelectric facility which also provides millions with water.

"They (the air strikes) were very accurate. There was no collateral damage ... If ISIL had gained control of the dam, many areas of Iraq would have been seriously threatened, even Baghdad," Sheik Ahmed Abu Risha told Reuters.

The strikes were Washington's first reported offensive into Iraq's western Anbar province since it started attacks on ISIL forces in the north of the country in August. The move brought its planes closer to the border with Syria.

U.S. Defense Secretary Chuck Hagel said they had been carried out at the request of the Iraqi government.

"If that dam would fall into ISIL's hands or if that dam would be destroyed, the damage that that would cause would be very significant and it would put a significant, additional and big risk into the mix in Iraq," he told reporters during a trip to Georgia's capital Tbilisi.

Iraqi government forces and a small number of Sunni militias have been confronting ISIL and other fighters in Anbar since January.

The militants seized control of a dam outside Falluja in April and flooded areas on the rural outskirts of western Baghdad, displacing thousands of people.

It abandoned that dam, but went on to take control of Mosul dam, Iraq's biggest, last month, before being forced out by U.S. air strikes and Kurdish fighters.

U.S. President Barack Obama said last week key NATO allies stood ready to join Washington in military action to defeat ISIL in Iraq and vowed to 'take out' the leaders of a movement he said was a major threat to the West.