US allies to send about 1,500 troops to Iraq

A joint command has been established with more than 30 countries to combat and defeat militants who have seized large portions of Iraq and Syria, the U.S. announced Monday. 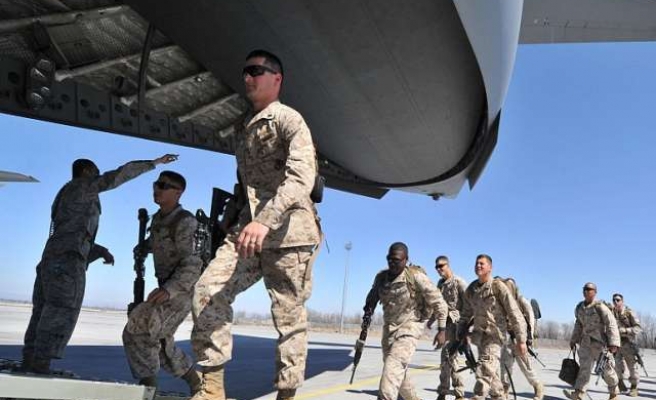 U.S. allies have committed to send about 1,500 forces to Iraq to help train and advise Iraqi and Kurdish soldiers battling the ISIL, which increasingly appears on the defensive, the top U.S. commander guiding the coalition effort said on Monday.

Lieutenant General James Terry, commander of Operation Inherent Resolve targetting the militants in Iraq and Syria, said the forces would come on top of the up to 3,100 troops U.S. President Barack Obama has authorized to deploy to Iraq.

"More than 30 nations contributing to this effort provides us a strategic advantage through which we essentially harness the collective strength of all those involved,” Terry said in a statement.

The allies' commitments were made during a conference among coalition members on Dec. 2-3.

"During the conference, leaders from all over the world shared ideas and were able to engage in dialogue about their respective roles in the campaign," the force said in a statement.

"When you start now to balance the different capabilities out across the coalition, I think we're doing pretty well in terms of boots on the ground," Terry told reporters traveling with Defense Secretary Chuck Hagel in Kuwait.

Since ISIL's June offensive, the Sunni militants have had little success breaking beyond the solidly Sunni Muslim provinces of Anbar in the west and Salahuddin north of Baghdad, as well as the strongly Sunni province of Nineveh, home to the city of Mosul which the fighters overran in June.

At the same time, the Iraqi and Kurdish forces have been able to tout important gains, including securing Mosul dam.

Although the ISIL still conducted limited attacks, the group appeared broadly "on the defense, trying to hold what they have gained," Terry said.

"When you look at some places out in Anbar, it's a little bit stalemated out there. And we've got some work to do. And I think it's do-able," Terry said.

Hagel, speaking to reporters after the Pentagon chief visited U.S. troops in Kuwait, said he wasn't ready to say the ISIL was "on the ropes." But he noted recent gains had given Iraqi and Kurdish forces new momentum.

Terry declined to say which countries would contribute the roughly 1,500 troops -- the final number was still being determined -- but added most would be involved with training.

The U.S. and partner nations have carried out more than 1,200 air strikes against ISIL in Iraq and Syria since operations began in August, according to the force.

Asked about Obama's critics in Washington who say more U.S. forces are needed, Terry said: "I'm comfortable with the boots on the ground that I have right now."