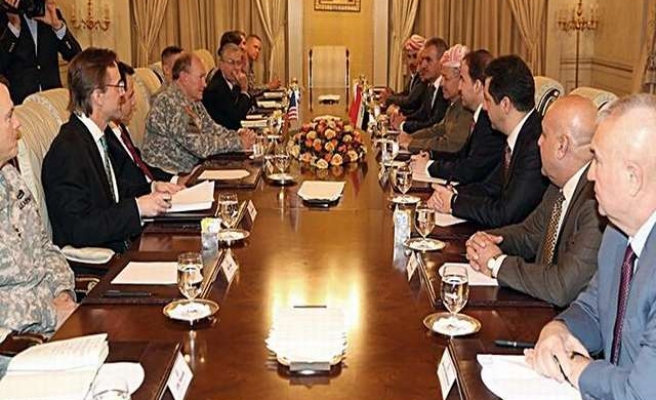 Dempsey said that the U.S. government follows the Kurdish armed forces' struggle against the ISIL closely.

The two officials discussed how the peshmerga and Iraqi army are working together in the battle against ISIL.

The Pentagon has plans to establish a center in Erbil so that U.S. troops may provide assistance to Kurdish peshmerga forces. The U.S. also is planning to set up a training site near Erbil.

The visit to Erbil followed a visit to the Iraqi government in Baghdad earlier that day.

The U.S. is planning to train nine brigades of the Iraqi security forces and three Kurdish Peshmerga brigades.

The general also visited the U.S. joint operations center in Erbil, and gave a speech to officers and soliders there.

Since mid-June, fighting in Iraq has pitted the Iraqi army and Kurdish peshmerga forces against militants from the Islamic State of Iraq and the Levant. ISIL has taken control of Mosul, Iraq's second largest city, as well as of large swathes of territory in Iraq and Syria.

The U.S. is leading an international coalition, which includes France, Germany, and Saudi Arabia, among others, that has carried out numerous airstrikes against ISIL in Iraq and Syria.