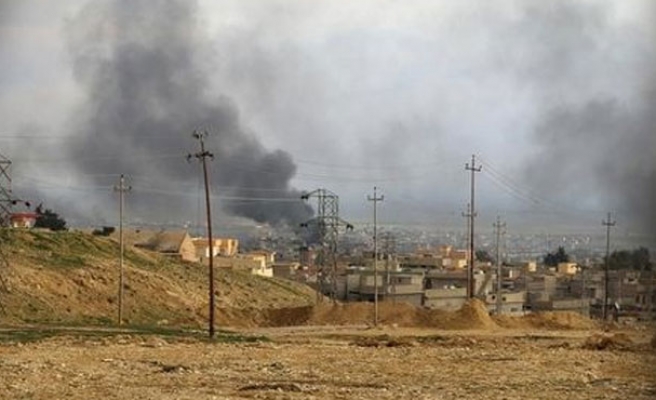 U.S.-led forces launched 15 air strikes against ISIL, the U.S. military said on Saturday, adding that nine targets in Syria centered around the border city of Kobani that was recaptured from the militants last month.

The strikes in Iraq targeted northern areas including al Qaim, Kirkuk, Mahkmur, Mosul and Tal Afar, it said. The strikes took place in a 24-hour period beginning Friday with  Jordan carrying out air strikes on ISIL targets for the third day running on Saturday, mainly targeting the Syrian stronghold of Raqqa, a security source said.

Jordan launched the raids on Thursday in response to the group's killing of a captive Jordanian pilot.

A second security official told Reuters Jordan had conducted at least 60 raids over the past three days, mainly on targets in ISIL -controlled territory in Syria but also on several in Iraq.

They had hit targets including ammunition depots, training camps and a communications tower, the official said.

Jordan's King Abdullah has vowed to avenge pilot Mouath al-Kasaesbeh's brutal killing, and ordered his commanders to prepare for a stepped-up military role in the U.S.-led coalition against ISIL.

But many Jordanians fear being dragged into a conflict that could trigger a backlash by hardline militants inside the kingdom.