Iraq's fiercely anti-U.S. cleric Moqtada al-Sadr has warned that U.S. military trainers will be targets if they stay in the country beyond a year-end deadline for American troops to leave. 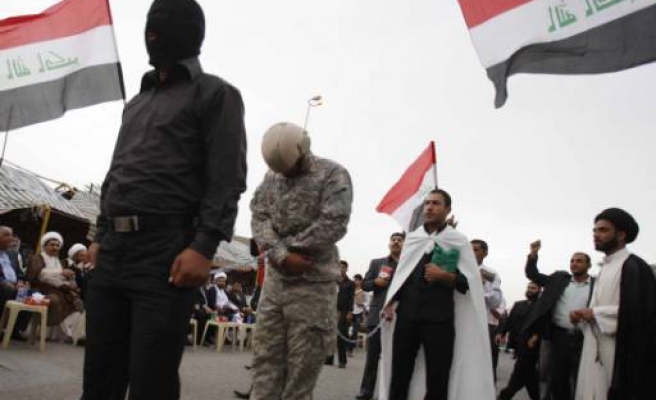 Iraq's fiercely anti-U.S. cleric Moqtada al-Sadr has warned that U.S. military trainers will be targets if they stay in the country beyond a year-end deadline for American troops to leave.

The statement from Sadr, whose Mehdi Army militia fought U.S. invasion until 2008, follows a deal by Iraqi leaders to allow Prime Minister Nuri al-Maliki to negotiate with the United States on whether to keep trainers in Iraq after the deadline.

Sadr followers have sent mixed messages on that, but any deal to keep U.S. troops in Iraq, even as trainers, remains a sensitive issue in Baghdad and Washington eight years after the U.S. invasion that toppled Saddam Hussein.

"Whoever stays in Iraq will be treated as an unjust invader and should be opposed with military resistance," Sadr said in a statement published on a pro-Sadr website on Saturday.

"A government which agrees for them to stay, even for training, is a weak government."

Sadr himself is now part of mainstream politics and a key ally to Maliki in his fragile power-sharing coalition among Shi'ite, Sunni and Kurdish blocs.

Details of any deal are far from clear, and an agreement would need to pass through parliament, say U.S. officials, who want legal immunity for any residual U.S. military presence.

Sadr has in the past threatened to revive his Shi'ite Mehdi Army if U.S. troops stay, but Sadrist sources have said the militia is riven with splinter groups and internal divisions.