US readies for op to retake Iraq's Mosul 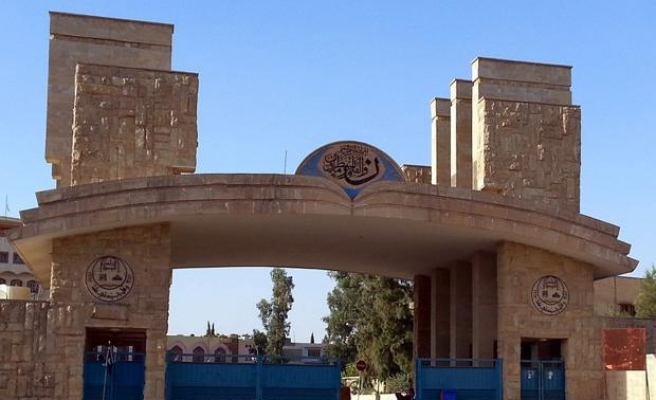 The Iraqi government has submitted to the U.S. anti-ISIL commander plans for its offensive to retake Mosul, America’s top general said Monday.

“Now there is a process going on where Gen. [Sean] MacFarland is looking at the Iraqi plan, working with the CENTCOM to make recommendations as to what we can do,” said Gen. Joseph Dunford, chairman of Joint Chiefs of Staff.

Dunford’s comments came at a press conference at the Pentagon alongside Secretary of Defense Ash Carter.

Noting Carter’s pledge that the U.S. would contribute to the offensive in Mosul more than it did during the recapture of Anbar province capital Ramadi late last year, the Marine general said he would soon recommend to Carter what the U.S. might do.

Mosul, Iraq’s second biggest city, fell to ISIL in June 2014. Since then the militant group has used the city as its Iraqi headquarters in while Raqqa, Syria, became the capital of the self-declared state.

Dunford did not give a timeline for the operations but said they have already started.

“In other words, you know, we're isolating Mosul, even as we speak, the same thing with Raqqa. So it [recapturing Mosul] is not something that will happen in the deep, deep future,” he said.

According to Dunford, the U.S.-led coalition has also started to go after some of the targets in and around Mosul.

The training of the forces that are going to take part in Mosul offensive has also started, he said. Carter said U.S. forces will play an enabling role such as helping Iraqis with logistics and coordination and that the U.S. will provide more equipment for the Mosul operations that it did for Ramadi.

He did not provide additional details. The defense chief told reporters that U.S.-backed local forces captured Shadadi in northeastern Syria, noting that encircling the town will help the coalition “to sever the last major artery between Raqqa and Mosul” which will dissect the two strongholds of the militant group.

Responding to a question on Libya, Carter reaffirmed that Italy is leading efforts to bring stability to the north African country and that the U.S. is supporting it in encouraging warring factions to come together to form a unity government.

But as those efforts continue, Carter said the U.S. will keep striking ISIL targets in the country.

Dunford said current U.S. strategy in the war-torn country is to disrupt ISIL by targeting militants with airstrikes and to avoid doing anything that would undermine the political transition.

“At some point in the future, if I believe we are at risk with that strategy, I will certainly come back to the secretary and make some different recommendations,” he added.

Carter also told reporters that the U.S. is waging a cyber war against ISIL as the Pentagon is strengthening ties with Silicon Valley technology companies to address future threats, particularly cybersecurity.

"That's why I'm continuing my effort to rebuild bridges between the Department of Defense and some of our nation's most innovative industries, enhancing ties that will strengthen this department and our nation's security," he said.

Noting his travel to the West Coast on Monday evening, the defense chief said he discussed "cyber security initiatives and some other technologies” with some of the top minds in the technology world.