According to Pentagon, U.S. Special Forces have given support to an Iraqi Kurdish forces operation to rescue hostages at an ISIL prison in Iraq 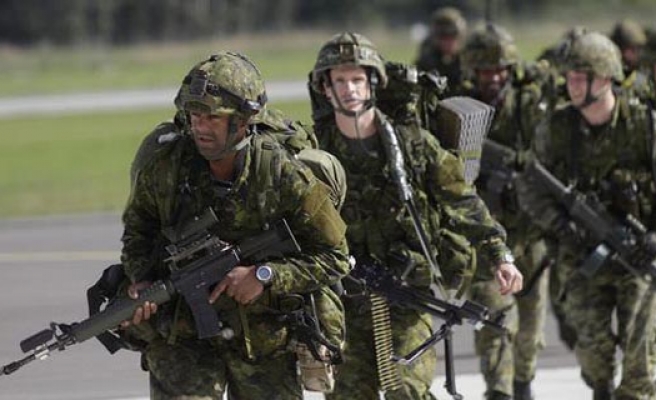 A U.S. soldier was killed and four Peshmerga soldiers were wounded during a mission to rescue Kurdish hostages at a ISIL prison in Iraq, a Pentagon spokesman said in a statement Thursday.

According to the statement, U.S. Special Operations Forces gave support to an Iraqi Kurdish forces operation to rescue the hostages at a ISIL prison near Hawijah.

"The U.S. provided helicopter lift and accompanied Iraqi Peshmerga forces to the compound. Approximately 70 hostages were rescued, including more than 20 members of the Iraqi security forces," Pentagon spokesman Peter Cook said in the statement.

Cook added that five ISIL militants were detained. Without giving an exact number of suspected militants killed in the operation, the spokesman said that “a number of them” died.

"One U.S. service member was wounded during the rescue mission," he said. "He subsequently died after receiving medical care. In addition, four Peshmerga soldiers were wounded."

As details of the rescue mission in Iraq begin to emerge, the legal basis under which the operation was conducted is being questioned in Washington.

Spokesmen of the Pentagon and the White House remained under pressure by reporters who asked whether the mission should be seen as a tactical change in the U.S. strategy to counter ISIL.

Since the early days of ISIL upsurge in Iraq and Syria, U.S. President Barack Obama has repeatedly said that neither U.S. boots would touch Iraqi ground nor would they would be deployed in any combat role.

This is not the first time U.S. Special Forces have come under scrutiny following the administration’s claims.

Last summer, U.S. forces had attempted to rescue a group of hostages in Syria but the mission failed and the Defense Department disclosed the operation only months after it took place.

Pentagon spokesman Cook tried to describe the latest operation in Iraq as a “unique” action taken under certain circumstances.

“There were lives at risk here.... This was a unique circumstance in which very close partners of the United States made a specific request for our assistance,” Cook told reporters referring to the Erbil-based Kurdish Regional Government.

White House spokesman Eric Schultz defended the nature of the operation saying that it was not outside the preview of the presidential directive.

However, several questions about the way the mission was conducted remain unanswered. According to Cook, all of the hostages were Iraqi civilians. Moreover, the operation was conducted in a place outside Kurdish government’s jurisdiction; however, the request came from the Kurdish administration and even though the Iraqi government was notified about it, no Iraqi forces took part in the operation.

According to local media outlets in Erbil, the Kurdish administration was surprised that there were no Peshmerga forces among the released prisoners which gives rise to questions that either ISIL was aware of the operation and relocated the Kurdish prisoners or the fact that the intelligence provided to them was false.

Cook, on the other hand, said that the U.S. did not have a full accounting of everyone present at the compound but they were just aware of some Iraqi forces in the prison. He avoided responding to questions about why the Iraqi government forces were not involved in the operation.