US to pour private contractors in Iraq, as troops quit

As US withdraws its forces from Iraq, it will be pouring private security contractors into the country to take up some of their tasks, US officials said. 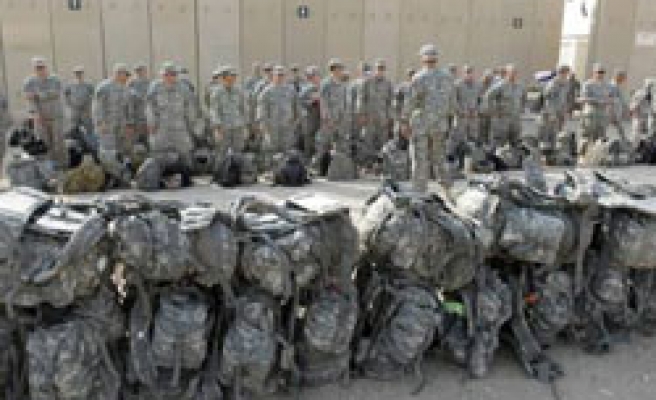 As the United States withdraws its forces from Iraq, it will be pouring private security contractors into the country to take up some of their tasks, US officials said Thursday.

Under President Barack Obama's plan to end US combat operations this month and withdraw most US military forces from Iraq by October 2011, the State Department will double to some 7,000 the number of contractors it employs there, the officials said.

The employment of contractors has caused anger in Iraq, particularly after a U.S. court dismissed charges against Blackwater Worldwide guards accused of killing 14 Iraqi civilians in Baghdad in 2007.

Contractors' immunity from prosecution was lifted last year under a U.S.-Iraqi security pact.

Security contractors have also spurred outrage in Afghanistan, where President Hamid Karzai issued a decree this week ordering private security firms to disband within four months as part of a plan for the government to take responsibility for all security in the country from 2014.

State Department spokesman Philip Crowly, confirming a report that appeared in The New York Times, said the larger force of contractors would carry out a variety of tasks.

"We will still have our own security needs to make sure our diplomats and development experts are well protected," he said.

Crowley said the extra security would be needed as long as Iraq remains a dangerous place, but he expected the number to decrease as security improves over time.

The Times said the contractors would be deployed to defend five fortified compounds that will be left behind as US combat forces exit Iraq and the US mission switches from a military-led to a civilian-headed operation.

They could also staff "quick reaction forces" dispatched to rescue civilians in trouble.

The last US combat brigade left Iraq at dawn on Thursday, leaving behind some 56,000 US soldiers who will gradually draw down over the coming year.

The Times said more than 1,200 specific tasks currently handled by US troops had been identified for handover to US civilians or Iraqis or to be phased out.