With its Kazakh Palace-style architecture, Khazret Sultan Mosque in Astana has been attracting tourists since 2012 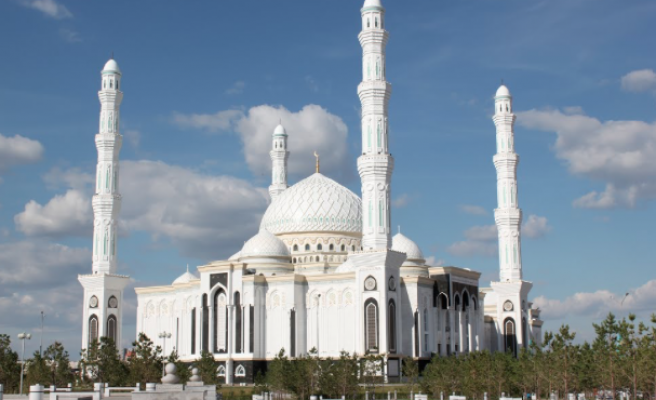 Khazret Sultan Mosque in Astana can accommodate up to 10,000 worshippers and stands as one of the Kazakh capital’s most unique and magnificent buildings.

Built on 27-acres of land, it is the second largest mosque after Turkmenbasy Ruhy Mosque in Turkmenistan’s capital Ashgabat and has been attracting tourists since 2012.

The dome is 167-feet, and the minarets are 252-feet high at the three-storey mosque. This is where religious television programmes are provided to the public and articles are published.

Khazret Sultan Mosque has separate prayer rooms for men and women, a cafeteria, and classrooms for seminars.