300 Serbian pilgrims on their way to Mecca

Fewer Muslims are travelling from the Balkans to Mecca for the Islamic pilgrimage of Hajj this year due a to reduction in pilgrim numbers by Saudi authorities. 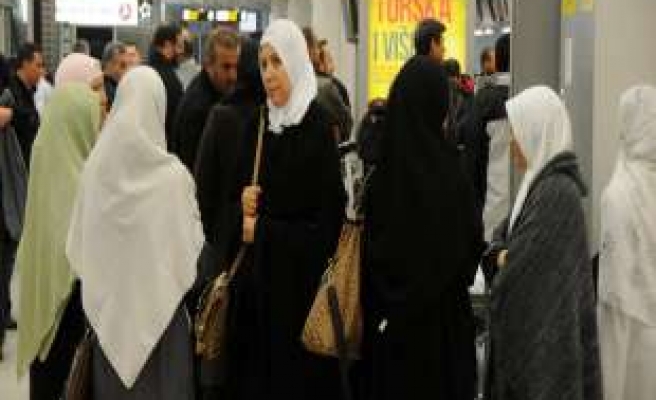 The second group of pilgrims travelling from Serbia to Saudi Arabia for this years' Hajj set off on Wednesday morning from Belgrade's airport.

The group of 118 pilgrims including Bosnians, Albanians and other Serbian Muslims will be travelling to the holy cities of Mecca and Medina to perform one of the main Islamic duties - Hajj, in an organization by the Islamic Community of Serbia.

Along with the first group of 114 pilgrims who set off from Serbia on Tuesday, the total number of pilgrims reached 300.

"This is my first Hajj," said Sead Halilagic, famous ex-football player with Turkish sides Istanbulspor and Besiktas. Halilagic called on all his colleagues from the region and Turkey to do the same.

Pilgrims will first fly to Istanbul, from where they will depart for Jeddah in Saudi Arabia.

Fewer Muslims are travelling from the Balkans to Mecca for the Islamic pilgrimage of Hajj this year due a to reduction in pilgrim numbers by Saudi authorities.

This year Mecca will receive around 2,500 pilgrims from the Balkans, which is about 1,000 less compared to last year.

All Muslims are required to make a pilgrimage to Mecca at least once in their lifetimes, if they are physically and financially capable.