66th anniversary of the passing away of Hasan al Banna

66th anniversary of the passing away of Hasan al Banna 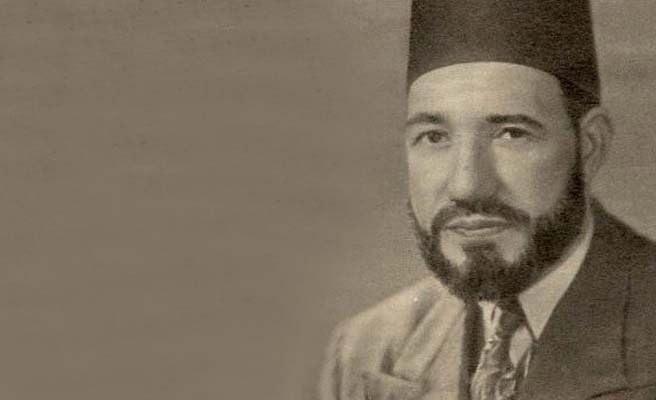 Muslim Brotherhood,  or in Arabic al-Ikhwān al-Muslimūn,  religio-political organization founded in 1928 at Ismailia, Egypt by Hassan al Banna.  On February 12, 1949 Banna was shot by two assassins and deliberately left to bleed to death.

It advocated a return to the Quran and the Hadith as guidelines for a healthy modern Islamic society. The Brotherhood spread rapidly throughout Egypt, Sudan, Syria, Palestine, Lebanon and North Africa. Although membership figures vary, it is estimated that at its height in the late 1940s it may have had some 500,000 members.

The movement officially rejects the use of violent means to secure its goals. However, offshoots of the group have been linked to attacks in the past, and critics blame the Brotherhood for sparking troubles elsewhere in the Middle East.

In a 1997 study for Harvard International Review, Muslim Brotherhood Deputy Chairman Mohammad Ma'mun El-Hudaibi said the Brotherhood was based on two "key pillars."

They are: the introduction of the Islamic Sharia as the basis controlling the affairs of state and society and working "to achieve unification among the Islamic countries and states, mainly among the Arab states, and liberating them from foreign imperialism."

Until 2011, it was illegal under Egyptian law banning religious parties. But in December 2011, its political party -- the Freedom and Justice Party-- dominated parliamentary elections, winning almost half of all seats.

The party initially said it would not put forward a candidate for president, but Mohamed Morsy ran and in June 2012, became Egypt's first democratically-elected president. He also becomes Egypt’s fifth president and the first from outside the militry.

Hassan al-Banna, The man who started it all